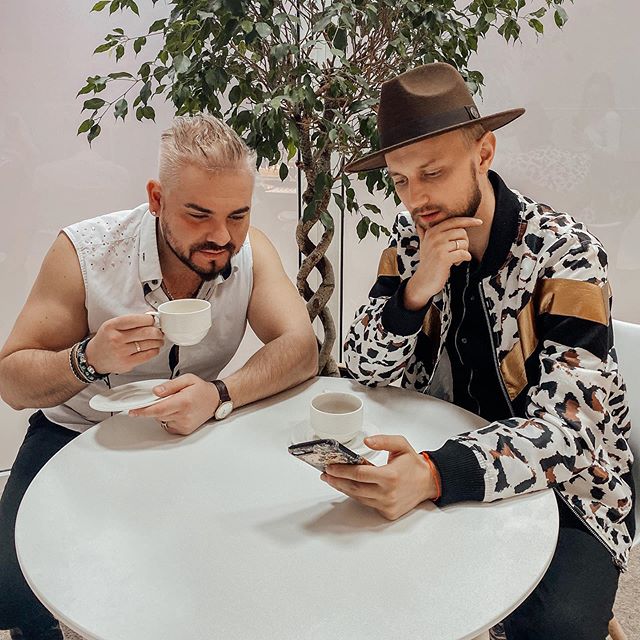 The two-time Eurovision act, Sunstroke Project, have dropped their first single of 2020, titled “Pepperoni”, with a follow-up track being released on the 17 April. This duo are continuing their success after the Epic Sax Guy gif from their Eurovision performance 2010 went viral on social media.

Sunstroke Project, consisting of Sergey Stepanov and Sergei Yalovitsky, are best known for representing Moldova at Eurovision twice. In the 2010 contest, they collaborated with Olia Tira with the song “Run Away”, which scored 27 points, placing them in 22nd place at the Grand Final. It was a different story when they returned in 2017 with the song “Hey, Mamma!”, they were one of a few public favourites, scoring a total of 374 points, placing them third, which is Moldova’s best placing in the Eurovision Song Contest, to date. They’ve had quite the lengthy career having released multiple singles as well as one album and two EPs. Most people know them for their time as a trio, but in early 2019 Anton Ragoza left the group.

According to Spotify, this new single has been written by Mihai Teodor with Mihail Cebotarenco acting as the producer. A lyric video for the track was also released, on their official YouTube channel.

The lyric video is beyond simple with a pizza icon in the corner, playing up to the imagery in the chorus of the song. Full of sexy sax throughout, Sunstroke Project has been taking leaps and bounds down this new sex route and we are loving the vibes they are sending out. The track works well with last-year’s release of “D.F.M.M.” (which stands for “Don’t F**k My Mind”), but whereas that had a dark sex appeal, this one is uptempo and full of light. It’s like nothing we’ve ever heard before and we really can’t stop listening – this deserves to be a hit.

The duo are focusing on releasing singles, but we’d love for this vibe to be the focus of a new EP or even an album – we can only hope. We also doubt we’ll see them represent Moldova at Eurovision any time soon, but we hope they do at some point, it could be third time lucky for them.

“Pepperoni” is available to download and stream right now via BIS Music. They are set to release a new single in a few days time, titled “Rasstrelyay lyubov’yu” which translates from Russian to English as “Shoot With Love”.

What do you make of Sunstroke Project’s new song “Pepperoni”? Let us know on Twitter @CelebMix.