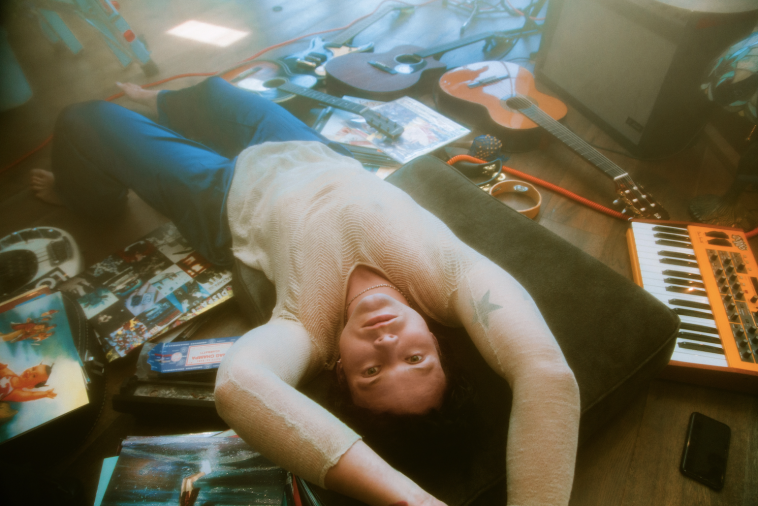 Superbloom is the debut solo album from 5SOS‘s Ashton Irwin. Created from start to finish, solely in his LA home with producer housemate Matt Pauling, it came to life as for the first time in awhile his schedule with 5SOS was pretty empty as they had no recording planned,

It was a chance for 26 year old to continue to grow artistically and release an album that is truly personal and all him.

With Superbloom you have to go in with fresh eyes. Don’t expect it to be Ashton singing his own 5SOS style songs, as it’s not that it’s so much more. While 5SOS have released some absolute tunes over the years, Ashton’s personal musical style is more raw, honest and matter of fact.

He draws inspiration from artists and songs that have shaped his life, Foo Fighters, Nick Drake, Helmet, Silverchair & Stone Temple Pilots are all artists who have inspired him. Superbloom is a true statement of just who Ashton is a person and an artist. The songs on it touch on and discuss themes deeply personal to him, from his childhood, alcoholism, depression, body dysmorphia, death, addiction, despair and hope.

As a body of work Superbloom is a cohesive and powerful listen, that takes you on a journey of Ashton’s life, his experiences it’s an album you know that is intensely personal to him, one that will give his fans even more insight into who he is.

Of the ten tracks on the album there is no overall stand out track, each track from Scar, to I’m to Blame and Perfect Lie stands on its own with its own story and message while being part of the bigger picture that Superbloom creates, all tied together by Ashton’s raw and emotive vocals which deliver the message of every track perfectly.

Let us know what you think of Superbloom over on @CelebMix!