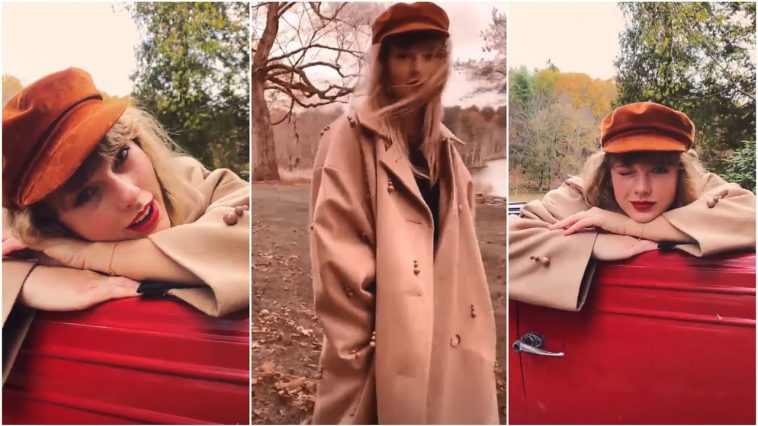 We are happy, free, confused and lonely at the same time because Taylor Swift has posted another tweet that is making Swifties go crazy.

Just like she did for “Fearless (Taylor’s Version),” Swift posted a series of scrambled words coming out of the vault, signaling vault songs on the the upcoming remastered “Red” album.

Except this time. Swifties cannot figure it out as easily as they did for “Fearless.”

Some think it might be a word search instead of just unscrambling it this time and they might be on to something. One fan already found the words “Better Man,” Phoebe Bridgers and “Ronan.”

It was confirmed by Ronan’s mom herself that Swift reached out to her and asked if “Ronan” could be featured on the rerecord and she said yes. So that one is a given . “Better Man” was a song Swift wrote back in the RED era, but gave it to the band Little Big Town years later to record. It’s great that we will get to hear her version of it, especially after she sang it at the Bluebird Cafe.

Many fans suspected something was coming this month after Swift, Taylor Nation and Jack Antonoff all posted about it being August, granted they could have been talking about her song “august” from folklore, but they don’t post things accidentally. She had announced “RED (Taylor’s Version)” two months ago and then disappeared and didn’t talk about it again, so fans are glad she is posting about it again.

Taylor Swift first announced the new rerecord on June 18. It will be coming on November 19 and is now available for pre-order on her website, which says that it features 30 songs including 9 vault tracks and an exclusive album booklet with never before seen photos and lyrics for the vault tracks.

After about two hours of trying to figure out clues, Taylor Swift posted another tweet. “Your next clue will be in the spot where you hear red.”

Many fans took to Spotify, where they found the clue. There was a picture of the vault with a mixed up website, which turned out to be redtaylorsversion.taylorswift.com. After you pre-save or pre-add the album, it takes you to a sheet with the songs where you can fill in the blanks to figure out the songs, which then takes you to a filter to post on social media with the hashtag #IUnlockedTheVault.

Here are the songs:

Collabs with Chris Stapleton, Phoebe Bridgers and Ed Sheeran will all be featured. Sheeran is featured on the original album along with Snow Patrol’s Gary Lightbody.

Could one of these songs be coming this month? Possibly on the 13th? We hope it’s the 10 minute version of All Too Well.

Which track do you claim? Let us know on Twitter at @CelebMix.