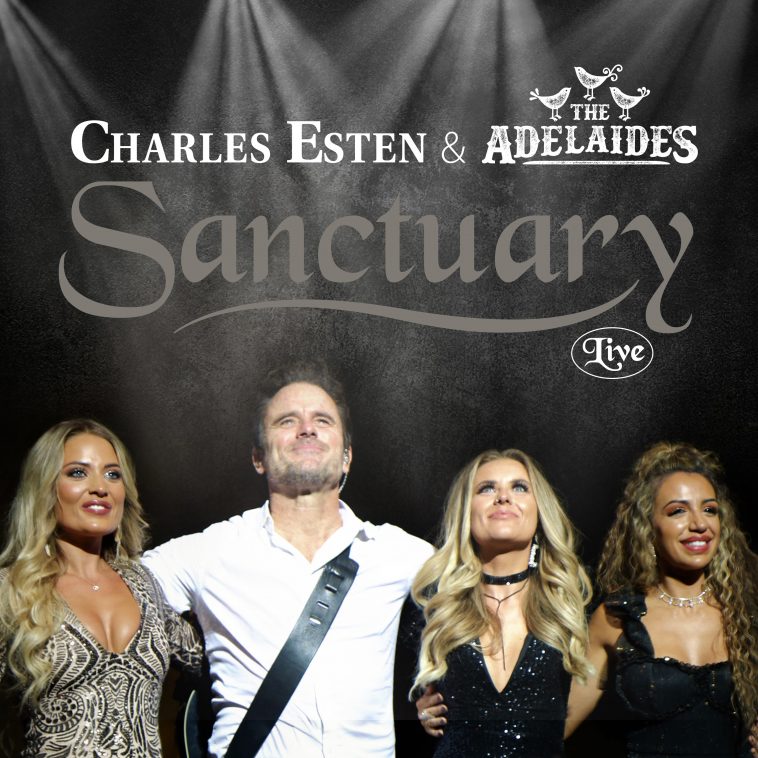 Fast rising British country crossover trio The Adelaides have announced that they will release their truly sensational live version of ‘Sanctuary’ which was recorded as a duet with Nashville TV star Charles Esten during his October 2019 UK tour.

The track will be officially shared on March 13th, and on that same day they will reunite with Charles to perform together once again at his C2C appearance on the main stage at London’s O2 Arena – a huge achievement for the independent band.

Speaking about releasing the live version of ‘Sanctuary’ which is a fan favourite from the TV series Nashville, The Adelaides said:

“We love performing this song, it’s truly special to us and to perform it live on stage with Charles Esten was a dream come true. We’ve performed many times with him now, both across the UK and in Nashville, and this particular recording captures the warmth of the fantastic connection we have with him. It’s a special version of a wonderful song and we are delighted to share it.”

Listeners will be able to hear the official first radio play of The Adelaides’ collaboration with Charles Esten this coming Thursday (March 5th) where it will be exclusively previewed on The Country Show with Bob Harris on BBC Radio 2 between 21:00 – 22:00.

In further exciting news, the girls will also be featured in one of two special shows that Charles Esten is presenting on both BBC Radio 2 and BBC Sounds – on March 7th and 14th respectively where he will take control of the airwaves to play two hours of his personal favourite music by his favourite artists as part of the BBC’s extensive coverage of the C2C Festival.

Talking about working with The Adelaides during his tour last year, Charles says:

“When I was preparing for my January 2019 UK tour, I was looking for a support act that might be able to sing a few ‘Nashville’ songs with me during my set. The moment I heard The Adelaides and their gorgeous harmonies, I knew I was done looking. We ended up performing more than a couple songs together in every show, both from ‘Nashville’ and from my own catalogue. When I returned in October with a full band, I knew we had to do it again. And I’m so glad we did. This live recording of one of my very favourite ‘Nashville’ songs, ‘Sanctuary’, has somehow captured all of the magic that they brought to every stage we ever sang on.”

Are you excited for the release of the live rendition of ‘Sanctuary’ from The Adelaides and Charles Esten on March 13th? Let us know your thoughts across social media!