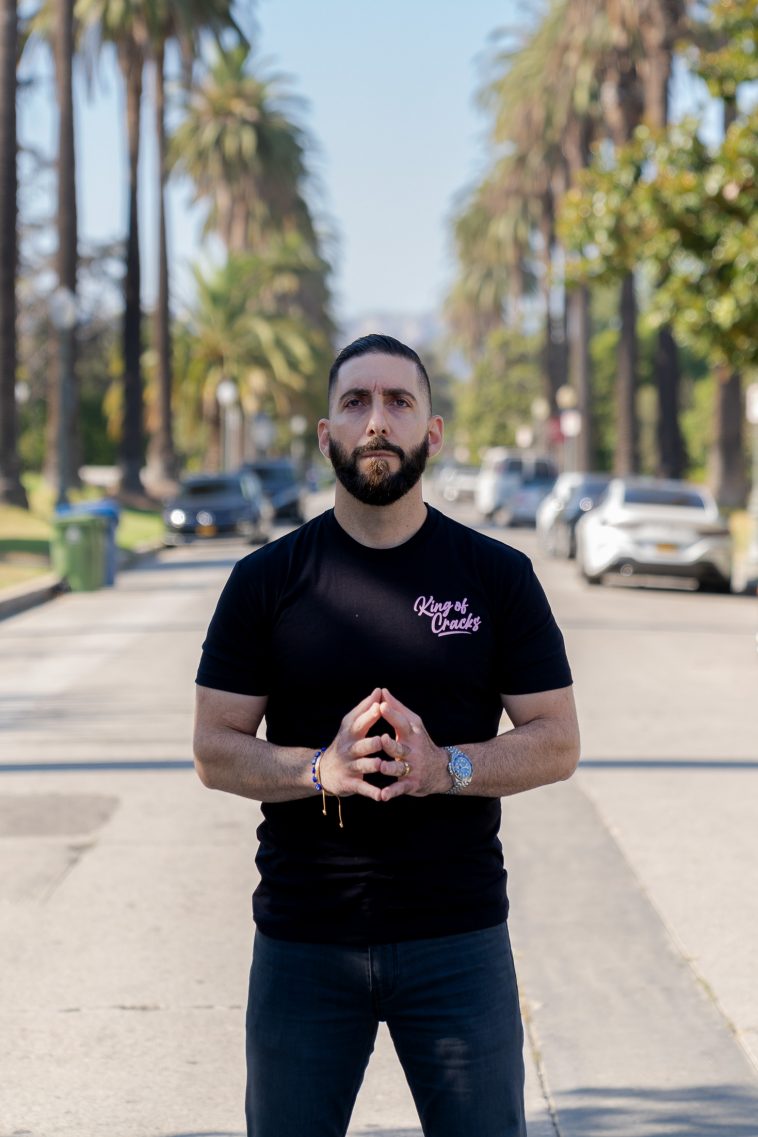 The King of Cracks, otherwise known as Dr. Jimmy Sayegh, has taken social media by storm gaining over 4 million worldwide fans. He is a licensed chiropractic physician and specializes in sports injuries as well as acute and chronic musculoskeletal disorders.

If you’re wondering why a chiropractic physician has a huge social media following, then you have yet to experience the world of cracks. Dr. Sayegh films his chiropractic procedures which feature the “crack” sounds and the instant relief that it provides to the patient.

Commenting on this, Dr. Sayegh said: “The instant gratification of relief a patient experiences when they hear those crack sounds is one no one else can describe and to be able to see so many reactions is priceless.”

Through these videos, he has quickly become known as the King of Cracks (“El Rey De Los Cracks,” “El Rey De Truenos”).

The King of Cracks’ fame has landed him in the news repeatedly, and he has been featured on Buzzfeed, LADBible, Insider, New York Weekly, Telemundo, and Al Rojo Vivo among others.

On top of that, he is also becoming known as the chiropractor to the stars. He has worked with celebrities, actors, directors, and musicians. Some notable stars he has worked with are Ava Duvernay, Larry Hernandez, and Ross Mathews.

Specializing in sports injuries, Dr. Sayegh has also gotten the opportunity to work with many well-known athletes such as Karim Benzema and DK Metcalf.

But, like all success stories, it didn’t happen overnight. Dr. Sayegh’s parents moved to the US from the Middle East so that their children could live the American Dream.

Wanting to work as a sports chiropractor at a young age, Dr. Sayeah pursued an education at California State Polytechnic University, Pomona and then at Southern California University Health and Sciences where he graduated with his Doctor of Chiropractic degree.

Aftwards, he decided to start his own practice and pursue the American Dream, he opened up his own business and started treating patients.

Always wanting to improve his tactics, he began recording his procedures so that he could improve his form and showcase an inside look of his work.

His videos went on to set many viral trends on Instagram and TikTok and inspired thousands of other chiropractors to start doing the same. Through social media, he was able to quickly grow his brand as the “King of Cracks.”

Dr. Sayegh comments: “With the opportunities of social media in today’s culture, the dreams and opportunities are in the palm of your hands.”

In the future, he plans to open up multiple office locations throughout the nation and the world. Being at the forefront of his field due to his unique adjustment techniques for relieving spinal dysfunction, he hopes to mentor other up-and-coming chiropractors and continue to advance the chiropractic field in general.

He also hopes to inspire other chiropractors. In his words: “I hope to one day inspire furfure chiropractors to break through the ‘chiropractic mold’ and begin showing the world the amazing field and how many lives we are changing daily.”

All in all, Dr. Jimmy Sayegh has illuminated the often-misunderstood chiropractic field and has inspired many to pursue the same profession. With over 4 million followers and counting, the King of Cracks has just begun.