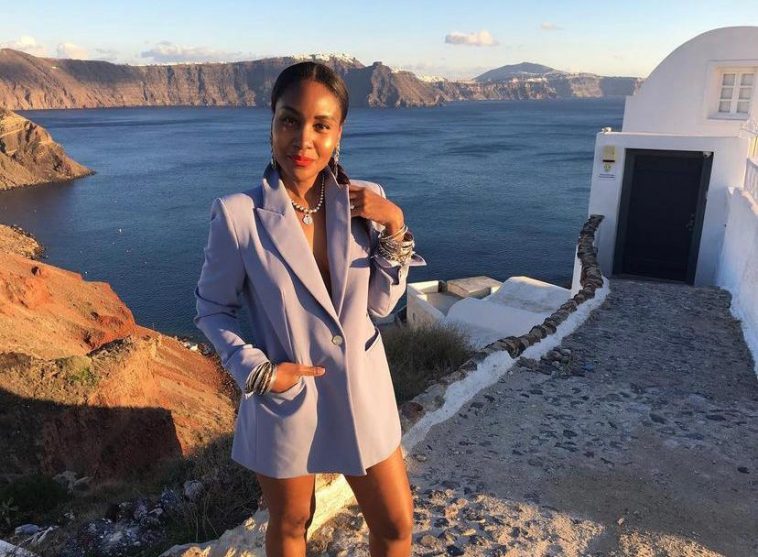 Tigerlily Hill is blowing up on the global fashion scene. The last few years has seen a tremendous growth in her popularity and success in the industry. This designer and wardrobe stylist has been creating and curating stunning ensembles for a rapidly growing influential clientele, which means that anyone who’s been paying close attention to the industry must already know her name. After all, the name Tigerlily Hill is on the lips of most of the industry’s top players.

Poised for Greatness From the Beginning

She was destined for success and fame from youth, having developed a richly varied cultural background, thanks to her family’s frequent relocations. She started life in the Cayman Islands where she was raised and completed her education up to the high school level there. As the family moved on to Iowa USA, she pursued business studies at the University of Iowa .

A Powerful Debut on Television

Her star quality pushed her beyond the realm of traditional fashion and into television, leading to an unforgettable appearance on VH1’s Glam God, a competitive fashion show in which stylists demonstrate their skills by dressing their clients. The reality show aired in 2008 and Hill emerged in the top two. Her remarkable success on this show, which included three rounds in which she was declared the winner and another four rounds in which she scored high, inspired her to put her talents to work in a new way, which led to the creation of her own fashion line.

Spurred by a stunning first showing in 2005, and features on the US’ E! channel, Hill’s fashion line Crown Atelier earned international acclaim and grew into a powerful global brand quite quickly. Hill capitalized on this initial success, augmenting her brand and name through shrewd, modern corporate and marketing strategies. Today, the name Crown Atelier is associated with glitz, glamour, chic looks and trendy wears.

Among these strategies is her use of ecommerce platforms as well as her mastery of social media. Hill’s Crown Atelier line is available via her very own online store. Additionally, she has developed a powerful presence on social media platforms such as Twitter and Facebook. On Facebook, she has attracted thousands of views followers and likes as well as comments.  Her Twitter page has hundreds of followers and this number increases daily.  Her Instagram account has attracted millions of views, thousands of followers and lots of flattering comments and commendations from loyal fans.

Her work is inspired by a number of factors including her background, her passion for styling and her knowledge of what the industry wants.  She also relies on her own sense of what’s likely to hit it big in fashion. This has been especially fruitful as Hill has an uncanny tendency to be spot on when it comes to identifying the next trend in fashion.

Once the entertainment industry got a hint of Hill’s talent, she became a well sought after designer as celebrities relied on her to make them stand out and dazzle the crowds.  Her creativity has been on display at numerous high profile award shows, music videos and celebrity events as she took on several roles as wardrobe stylist and costume designer. She has since produced ensembles for global superstars such as Jennifer Aniston, Hillary Duff, Britney Spears and Kirsten Dunst. Among her more current star clients is Empire star Grace Byers.

Her recent fashion and entertainment ventures include an eco-friendly swimsuit resort line and a diverse mother agency, that manages a diverse group of individuals. She shares both ventures with Caymanian model and best friend, Nik Stewart; the underlying theme of diversity, transparency, passion, positive attitude and vision as their collaborative mantra.

Clearly, Tigerlily has found a winning combination in entrepreneurship and fashion. Essence Magazine hit the nail on the head when they declared her to be one of the world’s next best designers in their February 22, 2011 issue.