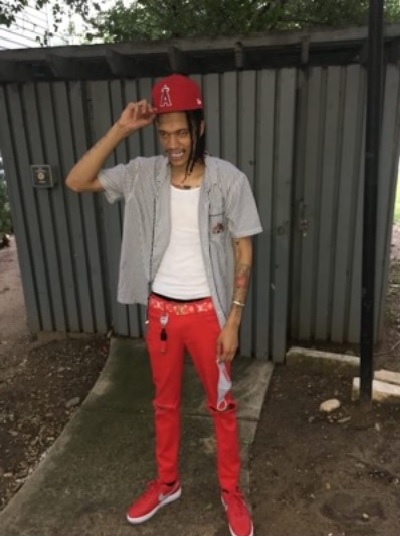 August 2021 – Lil TonyRose is a rap artist who is unlike anyone else on the scene. His sound is quite diverse and spontaneous, and more importantly, his songs deal with realness and truth. With his lyrics, LilTonyRose wants to give his audience a more meaningful experience,  rather than the usual cliches one might hear on so many contemporary rap tracks in this day and age.

Currently, he loves to use his songs to inspire others and bring a positive energy to people. However, it wasn’t always easy to get there in the first place, since he had to experience some hardships growing up.

He lived on West 6th St. in Port Arthur, Texas, a place that often had some issues in terms of life on the streets. As a young man, LilTonyRose got himself in trouble a few times, and had to endure all sorts of challenges in that environment. However, his love of music is something that truly helped him get out of the difficult situation and find the right headspace to succeed and become a voice for those who might not realize that they have the power to change their lives if they so desire.

When speaking to The New York Times Daily a while ago, LilTonyRose, described some of what he had to go through in his rise from “grass to grace,” but eventually, he was really able to make his creativity triumph overall. The power of music is truly amazing, and with his song, the artist actually managed to inspire so many other people who might have found themselves in his situation. He wants to show the world that whatever challenges you might be facing, there is always a way out.

Today, LilTonyRose is one of the hottest rap up & comers, and his tracks have a unique kick, going from old-school rap to modern sounds with ease, and showcasing how the artist managed to grow into a versatile, talented individual with a lot to say. With his rhymes and lyrics, he offers an insightful commentary on his life or other topics, creating a strong bond with the audience through his own experiences and his unique point of view, which makes his songs so special. Find out more about LilTonyRose, and do not miss out on his music.