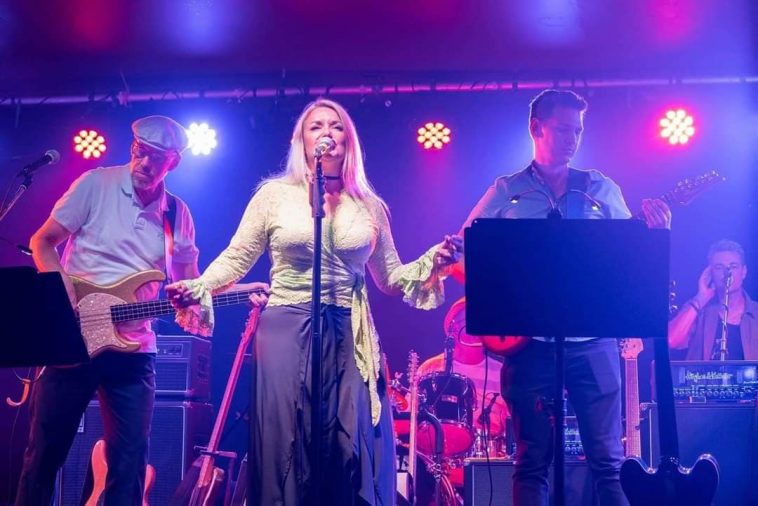 We have a new single from The Immaculate Crows, titled “Business Girl”, that brings a heightened concept to indie rock that is inspiring and full of female empowerment. This single is taken from their recently released album, titled “And Then There Were Two”.

The Immaculate Crows are an Australian alternative rock band formed in 1982 by Bruce Neilsen but they later broke up in 1985. They are a loose collective of musicians who perform the songs that Bruce Neilsen writes, arranges, produces, and performs. In 2020, Bruce Neilsen reunited with the guitarist Mark Hocknell – who also does drum programming, bass, and production – to produce new recordings, however, Mark Hocknell left in 2021. Their extensive back-catalogue includes a variety of genres such as Psychedelic, New Wave, Punk, and Pop. Bringing on board Carolyn Neilsen for production, and a variety of Brisbane local vocalists, who vary in age, occupation, singing and recording experience, The Immaculate Crows are at the strongest they’ve ever been, bringing retro indie rock to the forefront.

Written by Bruce Neilsen with Carolyn Neilsen producing the track, “Business Girl” is a women’s emancipation anthem, empowering women and self-defined as possibly “one of the first #metoo songs ever written” as it was originally written and performed back in 1982. The song also sees Bruce Neilsen play the harmonica and lead guitar as well as sort the music arrangement, whereas Mark Hocknell did the initial track production, rhythm guitar, bass, and drums; as for the vocals, Melissa Grace Stevens performs lead vocals with Nicky Steel providing backing vocals; the recording of the harmonica, lead guitar, post-production, and mixing was done by Carolyn Neilsen, whilst Kagen Step did the mastering.

For the first 30 seconds of the track, The Immaculate Crows make a retro statement with a strong lead guitar mixed with an equally strong harmonica, before the indie vocals roll in, creating a time-warp back to the ’80s. Regardless of the fact that this song was written back in 1982, “Business Girl” is still relevant today.

Stream “Business Girl” by The Immaculate Crows on Spotify here:

“Business Girl” is available to download and stream across all platforms, right now. Check out the rest of The Immaculate Crows’ recently-released album, which is titled “And Then There Were Two”.

Let us know what you make of “Business Girl” by The Immaculate Crows on Twitter @CelebMix.