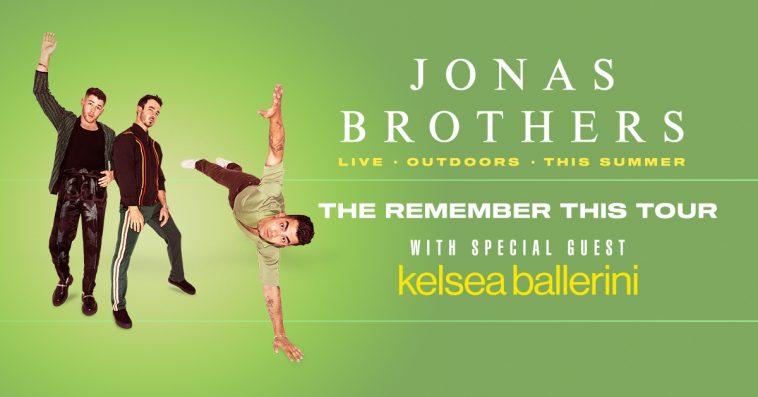 Just give us five more minutes to cope with this news! The Jonas Brothers are going back on tour. The ‘Remember This’ Tour will kick off August 20th and run into October. They announced it via their socials Wednesday morning.

There are around 40 dates which are are all in U.S., due to COVID restrictions. The ‘Remember This’ tour is an amphitheater tour, with all of the venues being partially outside.

Kevin, Joe, and Nick are teaming up with Kelsea Ballerini for these shows. This comes full circle for her as she has been a huge fan of them for a long time.

Nick Jonas told Entertainment Tonight that a new album of the same name is possibly coming this Summer and that he and his brothers will be performing at this Sunday’s Billboard Music Awards, which Nick is hosting. He also said that a special guest will be joining them on stage. So maybe a new single coming this Friday?

This tour comes after their 2019 comeback tour, ‘Happiness Begins’. Fans cannot wait for new music and for them to tour again! Concerts are officially back.

Nick Jonas released his solo album, “Spaceman,” this year, which featured a collab with the Jonas Brothers, so that song will most likely be played on tour.

The brothers will also be playing at Summerfest in Milwaukee, WI, on September 8th, which they have included in this tour. Others artists as the festival include Ballerini, Miley Cyrus, Luke Bryan, Chance The Rapper, and more.

There is no word on if more U.S. dates or international dates will be added, but for now, we can live with this.

Tickets for tour go on sale Friday, May 27th. Check out their website for tickets.

Are you planning on going? Let us know which date on Twitter at @CelebMix.