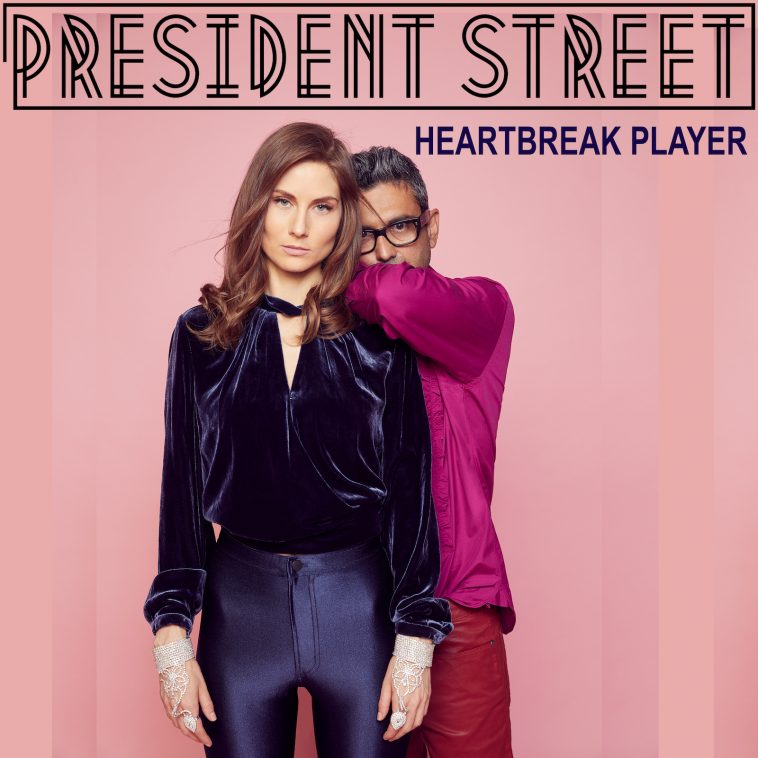 Hailing from Melbourne, Australia, the pop fusion duo President Street is back! Playing on the never-ending mental battle – head vs. heart, front members Pete and Ruy let their emotions take the wheel on their new EP ‘Heartbreak Player.’

The same-titled focus track dares to open the every-so-often pattern of falling for the wrong person. Both Pete and Ruby are aware of the confusion that comes with this self-destructive behavior, and via ‘Heartbreak Player,’ they condone dancing it out on the dancefloor. And if you still have not had enough, the EP includes other club bangers like ‘I Found Me,’ ‘Time Is Up,’ ‘Something To Believe.’

The duo’s songwriting sessions are mainly emotion-driven, stemming from their stage name, President Street, a street in Perth where Pete grew up. The heart of the band lies within the complexities of love and relationships.

‘Heartbreak Player’ speaks on the juxtaposition between reality and fantasy when it comes to love, mixing hypnotic vintage synths with fresh beats and Ruby’s soulful voice.

President Street admits they’ve outgrown their acoustic sound, and therefore they’re ready to expand to a bigger, broader scale via keys, electric guitar, loop pedals, and more. Just in time for their live show comeback, hoping to put this live show hiatus behind them as a supporting act on the Roachford tour.