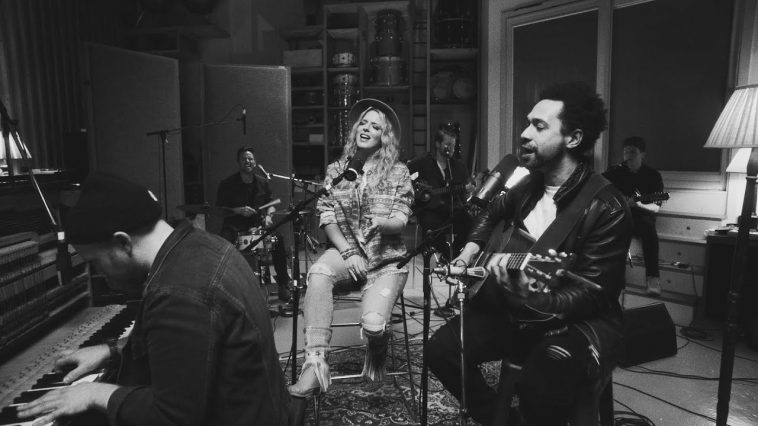 With less than one month to go until British country music superstars The Shires drop their much anticipated fourth studio album ‘Good Years’ on March 13th, the duo consisting of Ben Earle and Crissie Rhodes are delighting fans by sharing songs off the tracklist.

So far the English singer-songwriters have released ‘New Year’, ‘Lightning Strikes’ and most recently ‘Independence Day’ which officially dropped early this month.

Fans have been given a real taste of the mix of sonic styles and genre crossovers they can expect from the upcoming record which is set to be one of the major standout releases of 2020.

And now The Shires have shared a stunning new version of the latest single ‘Independence Day’.

They dropped a beautiful, stripped back acoustic version as a thank you to their supporters and the simplistic black and white clip truly brings the lyrical message to life and allows for the soaring vocal harmonies of Earle, and Rhodes to shine.

You can watch the acoustic video for ‘Independence Day’ from The Shires here:

Are you a fan of the new video? Let us know your thoughts across social media!