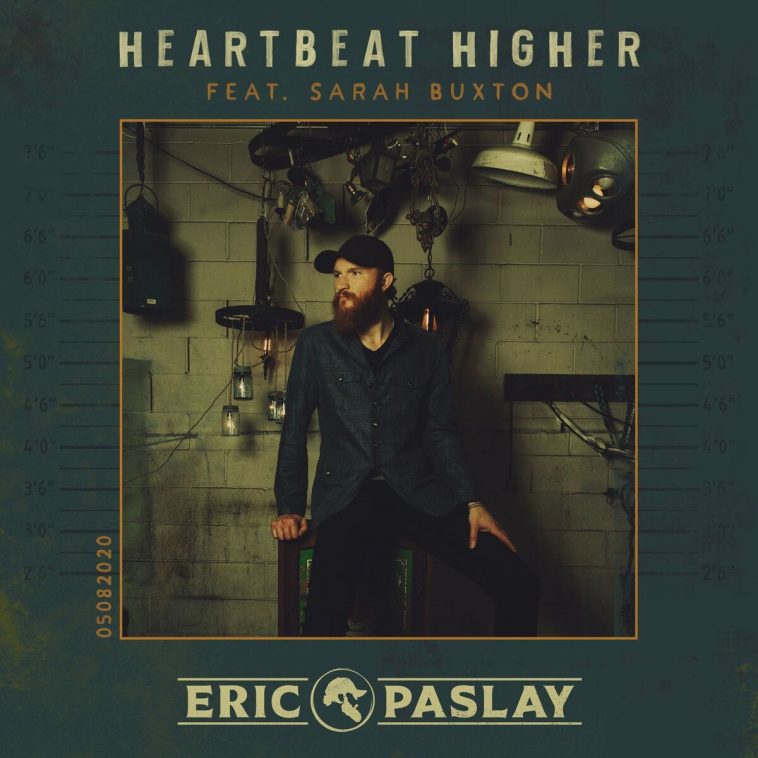 US country music superstar Eric Paslay has announced details of his brand new and much-anticipated single ‘Heartbeat Higher’. The track will drop this Friday, May 8th, and features guest vocals from Sarah Buxton.

The song has been co-written by Eric, Zach Crowell, and Sarah Buxton and is the first of more material anticipated to be released throughout this summer by the Grammy-nominated singer/songwriter. The music video which will also premiere on Friday was filmed by director Timothy Hiele in Stockholm, Sweden during Paslay’s “Nice Guy Tour” late last year.

Speaking about the single, Eric Paslay says: “‘Heartbeat Higher’ has been around the block with me a time or two. Some fans have even seen me perform it live. I’ve loved it since the day we wrote it a few years ago and I always knew I’d release it. Now feels like the perfect moment for this song and sharing this with my friend and co-writer Sarah Buxton is a dream realized.”

On Thursday, Chris Country Radio will give “Heartbeat Higher” a world exclusive first play after am BST. Eric performed a sneak peek of the track and some of his hits, during American Songwriter’s Facebook Live series “Behind The Mic” last Friday, and tonight (Tuesday 5/5), Eric will also take part in the Country Music Hall of Fame and Museum’s weekly “Songwriter Sessions” via Instagram at 8 pm CDT where fans can ask questions. The series is hosted by Abi Tapia, the museum’s director of public programs.

Along with sharing new music, Eric Paslay will join The Shires’ tour in the UK launching on October 21st in Bedford – full dates below:

Are you excited for the release of Eric Paslay’s new single ‘Heartbeat Higher’ on Friday? Let us know your thoughts across social media!