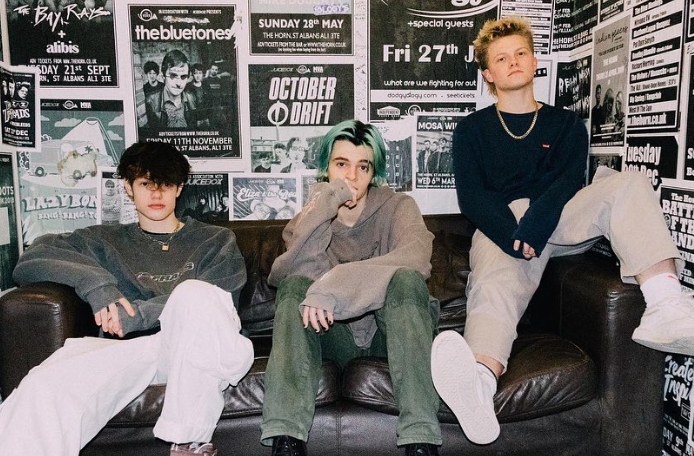 Fledgling indie stars The Tyne will unite with NOAHFINNCE on upcoming single ‘(not a) Love Song’.

The CelebMix Ones to Watch for 2023 – alongside stars such as Omar Rudberg and Rebecca Black – confirmed the news on social media over the weekend, with the track set to drop on January 19.

It’s the first taste of new music in 2023 from both the trio and NOAHFINNCE after a busy last 12 months saw both tour across the UK and meet up when The Tyne supported Noah in Southampton – the YouTube star also took his hits on the road across the United States in 2022, where he is set to return in April and May of this year.

Writing on Instagram as the track was announced, the band said: “First song of the year with our buddy Noah!! Can’t wait for this song to come out – this is defo one of our favs.”

After a number of years cutting their teeth as a rising band, last year saw The Tyne debut in full will a string of confident singles that cemented their potential as a future chart tour-de-force.

‘JESSICA’ was followed by ‘MOVE 2 LA’, ‘NO PLANS’ and ‘Sewn Shut’, which received support from outlets including BBC Radio 1.

Formed of vocalist Ryan Lofthouse, guitarist Josh James and bassist Cooper Stout, the pop-punk trio cite influences such as My Chemical Romance, Foo Fighters and Blink-182 with catchy lyrics and big choruses at the heart of the band’s exciting new sound.

You can pre-save ‘(not a) Love Song’ ahead of its release later this month here.