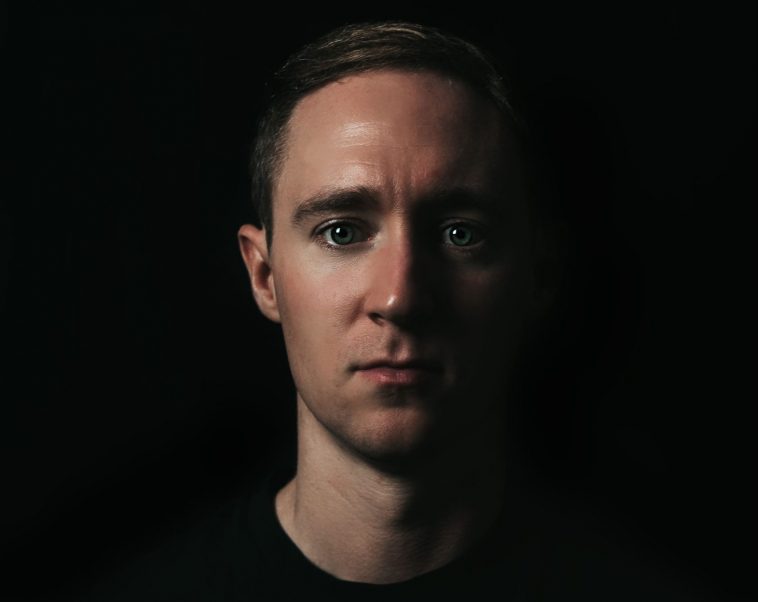 Dropping his debut three-track EP is Tontine with “I” which delves into the alternative electronic world while mixing it up with dream-pop beats to leave a lasting impression on every listener. The EP release follows up his 2019 sophomore single “Your Breath on My Neck” and debut single “Cassius”.

Tontine is an alternative electronic project by Michael Walden. Having spent many years being a part of many different rock bands, including being part of a line-up for four years, Michael Walden has stepped out as a solo artist while his musical direction has changed. This was the basis for this project. Tontine allows him to explore his interests in production and sound design. He believes that this is the best music he has ever created now that he is free from the confines and rules of rock music and able to explore sound and harmony in a way that he couldn’t before. Tontine reveals that he has been working on solo tracks for several years and finally he is ready to showcase them to the world whilst he continues to work hard on developing new music for upcoming releases. “I” is his debut EP and the first set of music releases he is expected to drop in the near future.

Talking about the EP, Tontine said: “This is the first of three EPs I’ll be putting out over the next 12 months consisting of music I’ve been working on for a few years now. I want to showcase what I can do as an artist who writes, records, produces, and mixes everything themselves; this first collection of songs is centred around the theme of loss in various forms, and is a taste of bigger things to come.”

Stream “I” by Tontine on Spotify here:

“I” is a three-track EP that sees Tontine bring to life uniquely amalgamated samples, synths, layered vocals, and recorded instrumentals, combining it all to create a hyper-pop and dream-pop formation of his alternative electronic sound.

“If I Could” starts the EP off showcasing the emotional side of Tontine with awesomely strong vocals and engaging lyrics surrounded by futuristic and euphoric beats that effortlessly take the listener on a journey. With a total vibe that is reminiscent of Owl City’s popular tracks, Tontine keeps an addictive melody as he switches chord progressions and instrumental takes giving a more unconventional theme that works incredibly.

The second track is “NIFE” which reels in the energy by showcasing an electronic contemporary ballad allowing his vocals to shine through. The soft tones and piano chords of the production of this track has a symphonic rock theme going on as the ethereal beats and passionate vocal hits us hard. Giving us chills from start to finish, this is a stunning track that shows Tontine’s vulnerability as well as his versatility.

The final track on the EP is “Only The Once”, which hits out with glitchy pop from the outset. Tontine’s vocals are the strongest compared to the previous two tracks as he conveys heart and emotion. The backing track crescendoes into a soulful pop explosion that correlates beautifully with his voice. Full of yearning and power, the track goes bigger and bigger before it abruptly stops, really emphasising beach house realness as we imagine how a wave crashes to the shore in a much similar fashion as the song itself.

Listen to our favourite track from the EP, “Only The Once”, here:

“I” by Tontine is available to download and stream, right now, across all platforms via Hanging Tree Records.

Let us know what you make of “I” by Tontine on Twitter @CelebMix.