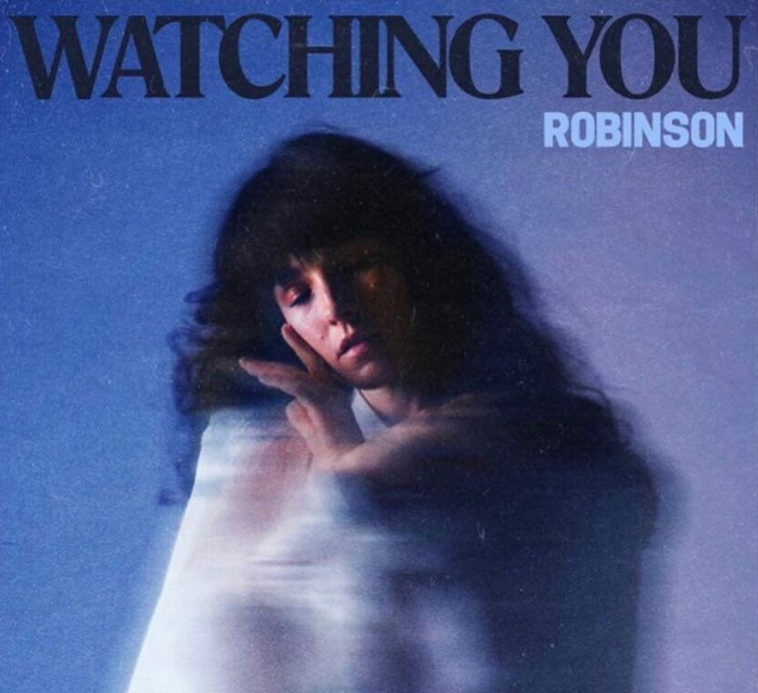 Dropping on Valentine’s Day, the debut EP from Robinson is full of heartbreak bangers and sad synths – CelebMix breaks it down track-by-track.

Opening the EP with her trademark dreamy synths, on ‘I Tried’ Robinson can’t stop her mind from thinking of a past relationship, which will go on to soundtrack the EP. “I tried getting away, you end up beside me when nobody is there”, the singer delivers on the desperate flick produced by Sam De Jong (MARINA, Navvy, Dan Caplen) – who has produced all four tracks on the EP.

Stripping it back on this heartbreak ballad, Robinson laments, “tell me that you’ve waited so long and you’re dying just to call me baby” on ‘Lie to Me’. A softer production than the introductory ‘I Tried’, harkening back to the breakthrough tracks of ‘Don’t Trust Myself’ and ‘Crave You’, Robinson second-guesses a break-up.

Dropping as a single last year, ‘Don’t Say’ make a reappearance on Watching You. Soaring vocals over a glitzing chorus, Robinson is finally ready to move on: “It’s saying, leaving is hard enough. Please don’t make it harder by telling me you still feel the same when we know the moment we’re back together it’s not right.”

“I’m too tired to pretend that last night didn’t hurt when you called me a friend”, Robinson admits to herself on ‘Watching You’. The title-track of the EP and the release’s most tender moment, Robinson’s confident moving-on of ‘Don’t Say’ is thrown into jeopardy when her ex finds a new lover.

The long-awaited debut EP from the New Zealander follows support sets for the likes of Hayley Kiyoko, as well as viral hits ‘Nothing to Regret’ and ‘Medicine’. Check out CelebMix’s exclusive interview with the singer in 2018.

Robinson’s debut EP, Lie to Me, is out now.

Are you loving Robinson? What’s your favourite track? Let us know @CelebMix on Twitter.