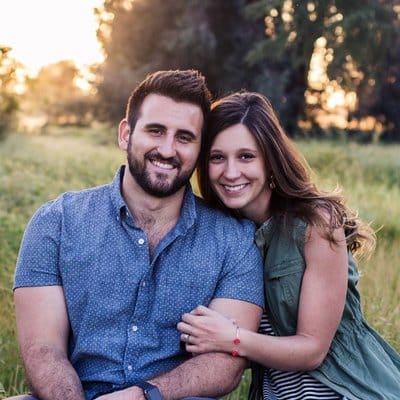 Podcasting has been an industry on the rise for quite some time now. Once the pandemic rattled the world in early 2020, podcast consumer statistics began to peak and shatter previous records of audience listening. By October of 2020, the steady increase of general listeners in the U.S. had grown exponentially to a whopping 189% since January of 2020. That same month, a survey put out by Trailer Park in partnership with Variety Intelligence Platform recorded a 52% increase in respondents stating that they have begun listening to podcasts either “much more” or “a little more” since the pandemic first started. In addition to these findings, while Edison Research reported way back in 2010 that most podcast consumers preferred their intake at their desktop, a recent study has now shown that 49% of podcast listening happens at home, 22% happens while driving, 11% at work, and 8% while exercising. These incredible numbers highlight not only the sheer expansion of the podcast industry but also puts focus on the idea of working to build an audience in a time where the world is ready to listen.

Entrepreneur Travis Chappell has had his fair share of experiences building relationships – growing up in a self-described “cult-like” environment certainly gave grounding for relationship upkeep. Chappell dabbled in business opportunities from the time he was 16, then branching off and dedicating six years of his life to door to door sales which allowed a platform for him to put into practice working with other people, for other people, and above other people. These experiences set the tone for his future endeavours to come: Chappell currently helms an acclaimed podcast show titled Build Your Network in which he has come to host an incredible roster of talent such as Shaq, Rob Dyrdek, Matt Barnes, Tomi Lahren, and hundreds of others. His show has inflated to an impressive 2 million downloads with a loyal audience following contributing to his 46.5K Instagram follower count. Chappell’s taken the time to hone a brand that is built upon community building and encouraging personal growth through meaningful and practical conversations. Whether heavily infused with subjects of topical interest such as going viral or vaccinations, or keeping the focus on building strategic methods for cultivating yourself personally or your business, Chappell has made waves with his witty quips and relevant messages. “I’m passionate about relationships and people. Everything I take on serves that purpose in some way,” Chappell states, and it goes without saying when peering at his credentials. This value influencing how he has built his brand also set the tone for his most recent business venture, Guestio.

Guestio is a software designed by Chappell with a primary goal of putting focus on networking between businesses, shows hosts, and potential sponsored guests for shows. Guestio eases anyone looking to promote their show with access to tools they wouldn’t have access to otherwise. Chappell’s mission statement for the brand is, quite aptly, to “access the inaccessible” and the strategic model of utilizing networking to inflate one’s business checks out across the board, making it easy for clients to do so. Show hosts are then able to easily book sponsored guests for their show and not only that, but also build revenue through the bookings behind a paywall. Guestio was, and currently remains, the only solution of its kind to give access to show hosts in such a way where they are actually able to contribute quality and growth to their business and thus, monetize it into a substantial and viable career option.

Chappell encourages that “Your network will increase in direct proportion to the amount of value you can add to others. If you want a more valuable network, become a more valuable person to connect with.” Reminding those looking to start out that quality begins with how they market themselves as a person is a humbling message for anyone from any background. With a conspectus as peppered with success as Chappell’s, it’s easy to see how – when applied – demonstrating quality to yourself and placing continued value on the relationships you build can and will in turn bleed down into the quality and the quantity of the audience you build. People are hungry for ways they can relate or resonate, and it all starts with the quality you demand from yourself and how you work for that consistency in each authentic aspect of your life as well as how you build your brand. The content you put out as your business grows directly influences the loyalty you receive from the amount of consumers out there. It’s about how you align the quality within yourself to the consistency as you grow.