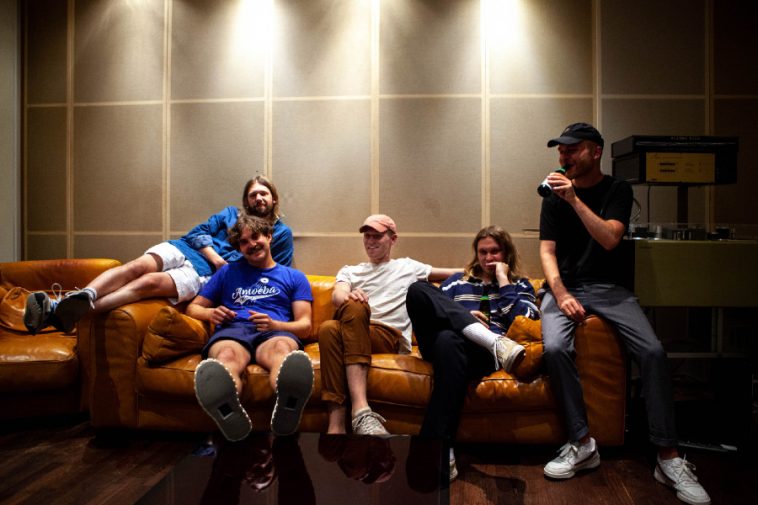 Talking about the song, frontman Jacob shares, It’s “an anthem to the moment of unveiling. The turning of the tides of being caught up in the hype. A person conquers your entire universe only to be stripped down from the altars of supremacy by a poorly pronounced word of high school French. It’s embracing this moment for three minutes and twelve seconds. The death of the honeymoon. The hashtag no filter. It’s Kim Jong Un queuing for milk at the supermarket. It’s judgmental and lacking any self-reflection. It’s naive, confident, and catchy. A lethal combination.”

After releasing two EPs, the band hooked up with Hamburg-based label Clouds Hill and Warner Music Germany, followed by releasing their debut album, Slacker Island, which amassed more than four million streams, followed by touring Europe and performing in the U.S. and the UK.

In 2020, they released two singles – “Don’t Know Anybody Else” and “Never Been To Paris – along with a four-track EP, Bedroom Rock, included in their sophomore album, Laundry Day.

Referred to as “Sweden’s own Vampire Weekend,” as well as “one of the best bands to originate from Sweden since ABBA,” by Concrete Online, Two Year Vacation’s forthcoming EP drops in October.

Washes of indie-pop textures, bright and sparkling, deliver shimmering, contagious surfaces of harmonics, making the song a definite earworm. Low-slung initially, the plush waves of sweet pop flavors escalate as the tune proceeds. Gleaming breakdowns shift the flow and then mousse back up to dazzling leitmotifs rippling with surging coloration.

Brimming with feel-good indie-pop, “Majored In Broken Hearts” is at once alluring and rife with sheens of scintillating pop tangs.