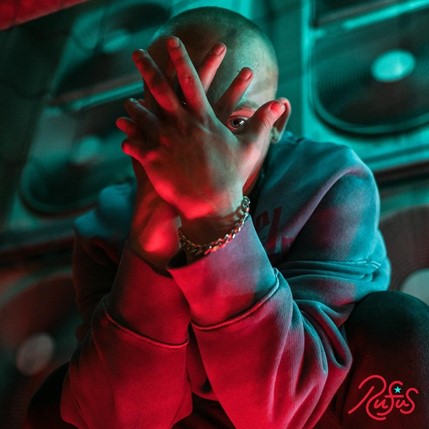 UK-based R&B artist Rufus, aka Rufus Mackay, introduces his debut single/music video, “One Eye Open,” produced by TheElements who have worked with Stormzy, Headie One, Zara Larsson, and Tion Wayne, along with others.

“One Eye Open” is the first single from Rufus’ forthcoming debut EP, slated for release this autumn via Tape Music Group.

Talking about “One Eye Open’s” inspiration, Rufus shares, “Late in 2019, some people I was associated with pulled some weird moves on me, and wrongly or rightly, I felt they took me for granted, it left me feeling confused and pissed off. Shortly after that, I put a melody/track idea together and wrote the lyric with Jermaine and Justin from Black Saint, and ‘One Eye Open’ was born. This song was instrumental in me securing my deal with TAPE and so it means a lot to me, it was also pretty much the first time I was doing music on my own and forging my own sound. Even though the song was written from a place of negativity, I turned those negative feelings into a positive as well as a banging song that allowed me to really reclaim my spirit”.

Hailing from a small Wiltshire village in the southwest of England, Rufus showed his musical talent early on, writing and performing his own songs at local venues while still a teenager, followed by producing in college. Right now, he is working on his debut EP with producers such as Remedee (AJ Tracey, Unknown T, Not3s), Kxlla K (Lethal Bizzle, Sneakbo), The Cxde, and Chris Rich (DigDat, Abra Cadabra).

Combined with the dazzling visuals, directed by Italian filmmaker Ivano Barcellona, the video depicts the contrast between stylized human perfection and the reality of human flaws.

Smooth and lusciously put together, “One Eye Open” introduces listeners to the undeniable vocal gift and stylish songwriting of Rufus.