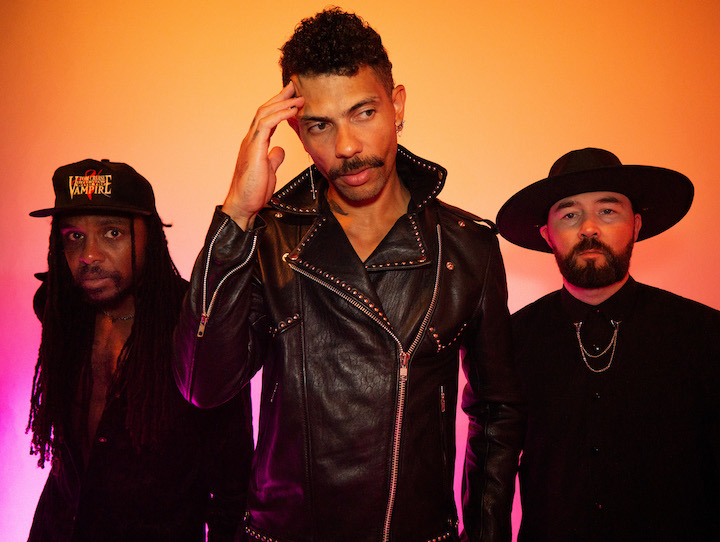 Austin, Texas based trio Urban Heat shared their debut EP Wellness earlier this year to much critical acclaim. Now the post-punk meets electro pop three-piece are back with a special rework of their single “Have You Ever?”. The new single features producer and singer/songwriter Party Nails for an explosive new take on the song.

“Have You Ever?” is all about questioning and doubting everything you have been taught. This can be daunting and exhausting but sometimes in life it is necessary and Urban Heat so brilliantly writes a song all about this important step in one’s own autonomy. “Have You Ever?” begins with penetrating synths and moody bass lines. Evocative vocals from Jonathan Hortsmann of Urban Heat and Party Nails’ Elana Belle Carroll soon culminate into a ferocious and infectious chorus. “Have You Ever?” is an intoxicating blend of pop, rock, electronica and punk and a must add for your fall playlist.

Urban Heat began releasing music in 2019 with their single “Stay”. Since then the band has shared a series of thought-provoking releases including their debut EP Wellness. They are also known for their live shows, often touring and playing at such high profile festivals including Austin City Limits and SXSW.

Take a listen to “Have You Ever?” now and tweet us your thoughts @celebmix