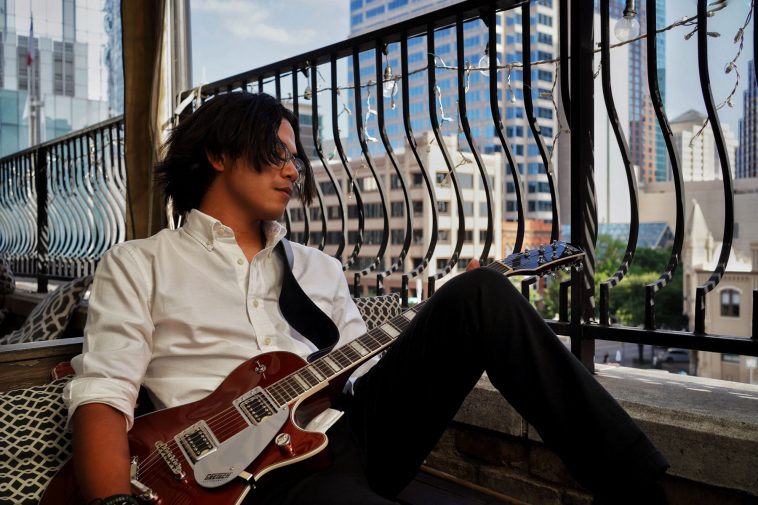 True to the song’s title, Vince Spano decides to add a mainstream spin from past decades when alternative rock was a charting success with his brand new single “Relapse”. This track follows up his 2020 debut EP, titled “Letters From the Space Man” which consisted of six acoustic demos.

Vince Spano, real name Mario Vicente Spanó, is a singer-songwriter from Brownsville, Texas who has been playing live music since 2016. He dropped his debut single in 2018, titled “Burning Road”, but he wasn’t happy with it. After finishing high school, he got an RV and travelled wherever his music guided him, ending up in Austin, Texas. His music went through a re-invention and he took some performance gigs to develop his sound and soon dropped his new debut single “Over & Over” in 2020. Unfortunately, COVID-19 led to him having to switch up his touring plans and that led to him working on music at home. Not long after, he released his debut EP “Letters From the Space Man”. Since then, he’s been working on his music and his sound, with this first release, “Relapse”, being the first taster from his upcoming EP “The Prescribed Project” – and if the other tracks are anything like this single, then we sure are in for a treat.

Written by Mario Vicente Spanó this song takes us back to the popular ’00s rock music that charted globally, and his gritty emotional vocals hit in hard. Vince Spano not only gives the listener chills with his amazing indie rock voice, but he also surprises us with awesome lyrics that showcase his incredible songwriting ability. “Relapse” has snippets of glam and classic rock, which clearly influenced his direction, but alternative rock flows throughout which mixes well with his voice. There’s also an amazing guitar instrumental section towards the end that brings the listeners in. Vince Spano has delivered in every way with “Relapse”, and we can’t wait to hear the rest of his upcoming EP.

Talking about the track, Vince Spano said: “This is my first single off my new EP, ‘The Prescribed Project’, it’s a project that I have been working on for a very long time in hopes of bringing the sound of the music I grew up on, back into the mainstream to inspire a whole new generation of people.”

“Relapse”, by Vince Spano, is available to download and stream on all platforms, via Spano Records. Expect this incredible rock singer-songwriter to drop his new EP, “The Prescribed Project”, soon.

Let us know your thoughts on “Relapse” by Vince Spano on Twitter @CelebMix.