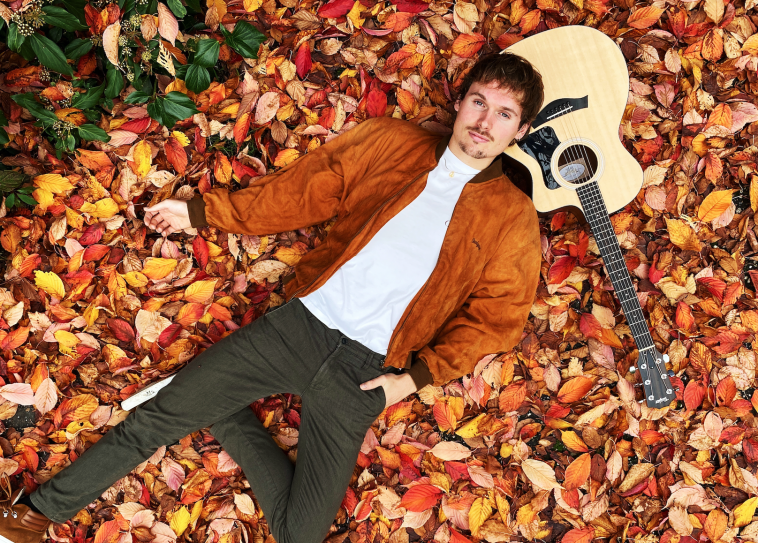 British singer/songwriter Waiting For Smith, a.k.a Harry Lloyd, is here to encourage you to open up in his sincere new single “Lost in Your Light.” Known for his intoxicating folk/pop anthems, Lloyd brings the tone down a little in this new release, providing a more melancholy atmosphere.

However, as soon as Lloyd starts singing, his velvet vocals seem to reinforce that everything will be ok, giving us a sonic hug or reassurance. His soulful, raspy voice complements the ominous instrumentation, with the musician singing, “We’re all different in different ways, cos’ real slow listening it pays.”

Lloyd emphasizes the importance of slowing everything down and listening to what people have to say. In our busy day to day lives, we often lack deep human interaction and “Lost in Your Light” reminds us to reconnect with our friends and loved ones, opening ourselves to be less guarded and more vulnerable with one another.

In three minutes and 36 seconds, “Lost in Your Light” packs a punch while maintaining rather simple in its production.

Raw and authentic, Lloyd lets his voice and the warm strums of guitar do all the work, not relying on any added elements.

The songwriter shares, “I’ve recently been really inspired by this book by Geoff Emerick called Hear, There and Everywhere: about his early life as an engineer recording The Beatles aged 18, and the way they worked together. They just kept them coming out with hits, without always feeling like they needed to perfectionate the records, which actually made the work perfect if you know what I mean. They put the work in where necessary but it was really kind of rough around the edges – and I love that.” We hear a similar mindset in “Lost in Your Light” – it’s organic nature makes it perfectly imperfect. “

“Lost in Your Light” is the fourth single to be released by Waiting For Smith this year. His infectious indie folk/pop concoctions have been winning over the ears of listeners around the world – and there is no surprise as to why. We have a feeling that “Lost in Your Light” will be your next playlist addition, because it’s definitely ours!