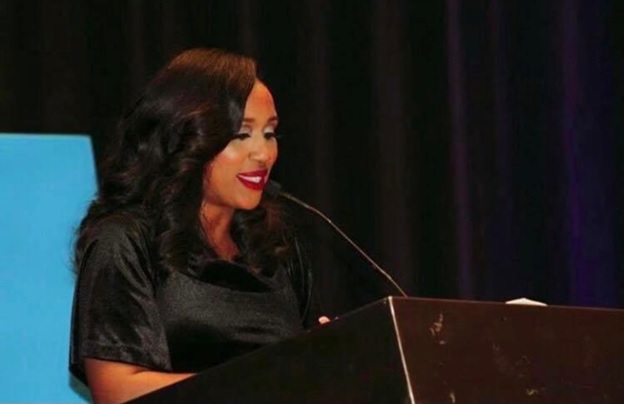 The right path has a lot of challenges and obstacles!

The world, indeed, is a very harsh place, especially for the ones with a good heart. With time, things are getting more complex; hence, understanding and potential are challenged. No matter how hard people try, some issues can never entirely be ended, and racism is one of them. The world has strived hard, and activists have stepped forward to make everyone realize that each life on this planet matters, but some things are too difficult to be understood.

Among the list of firm believers of human rights lies the name of K.C. Fox, an African-American media expert, civil rights activist, and women rights leader. In the current era, considering the situation to be merciless would not be an exaggeration. Every day, people hustle hard to earn a little extra financial benefit and recognition. Thousands of young should have to let go of their dreams and goals in order to fit in the society. In such a case, where everyone values their well-being and personal growth, people rarely step out and fight for others. K.C. Fox is one of those selfless people who think about others more than they think about themselves.

“Never be in a hurry; do everything quietly in a calm spirit. Do not lose your inner peace for anything whatsoever, even if your whole world seems upset.”

Born on March 16, 1977, in Shreveport, Louisiana, K.C. Fox was exposed to all kinds of racial negativity that a black kid has to go through. From the beginning, she knew the struggles of being a black person, and it was then that she decided to stand up for herself and her people. K.C. Fox completed her degree Bachelors in Applied Arts and Sciences from the University of North Texas. Furthermore, she did courses and took degrees in Journalism, Emergency Management, Non-profit Management, film, telecommunications, radio, broadcasting, real estate, and criminal justice. And currently, in 2021, K.C. Fox has enrolled herself in a Master’s Program in Strategic Management from Harvard University.

Life is not easy for everyone, especially those who are slightly different from others, be it in terms of religion, color, or traditions. KC Fox has always been one of those empathetic people who preferred the happiness and peace of others. After being exposed to the harsh realities of this universe, she knew that she would have to raise a voice against injustice and unnecessary societal norms. To kickstart her goal, KC Fox chose media as her career because she knew that it would give her a much broader platform to speak. Her only goal was to make people realize what they deserve and what they are being given. Slowly and gradually, she earned more experience in the field, and to have additional skills, she decided to study further and move along.

With time, she joined the United States Air Force and served the military for nine years. Throughout her career as an officer, KC Fox received a lot of recognition, which led her to many prominent positions like primary combat training sergeant of communications for the 506 Expeditionary security forces squadron and the primary assistant to the Battle Captain in Combat Operations. Her services and dedication towards her designations made her earn the name “Top Instructor.”

After completing her education, K.C. built a clearer idea of how she could achieve her goal, and since then, she has not stopped yet. She started helping minorities, especially women, and raised her voice against exploitation. Slowly she started getting more exposure, which brought a lot of support to her back. KC Fox played an essential role in many civil rights cases and has helped those who seek justice. She was chosen as the chairperson of the Civil Rights under the name of the “National Coalition of 100 Black Women.” KC Fox aimed to train the younger generation so that issues like racism and women’s exploitation end with the millennial era. To kickstart her cause, she established “The Lady General Foundation,” which aimed to train young girls aged 9 to 17.

Intending to spread love and positivity in the minds of people, K.C. has strived hard to earn a name for herself and people like her. Issues like racism have always existed in the world, but it is high time that such problems must be let go of, and some real issues like harassment and abuse must be brought under the spotlight. It is people like K.C. Fox who teaches us that determination is the key to success.