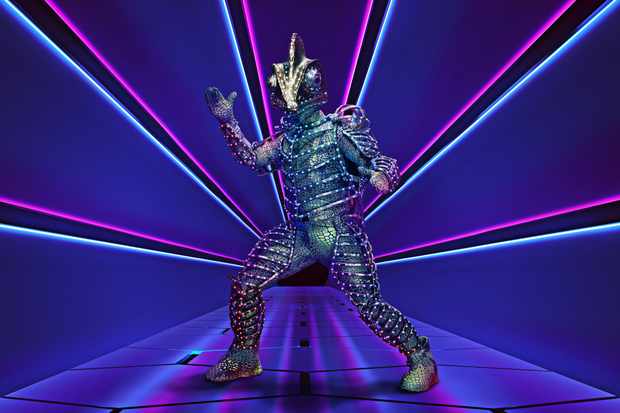 The third episode of The Masked Singer UK has just aired and after more ambiguous clues, incredible performances and plenty of ridiculous guesses, another celebrity singer has been revealed to the public.

Despite both celebrities pulling out all the stops, the panel decided to save Duck, leaving Chameleon to be unmasked for the first time.

But who is Chameleon?

Chameleon was a hit amongst the panel, particularly with Rita Ora, however, ultimately was chosen to be eliminated. After the panel guessed the likes of Anthony Joshua and Tom Daley, Chameleon was revealed to be none other than The Darkness frontman Justin Hawkins.

With Rita in total shock over the reveal, Justin shared why he decided to take part in the show, stating: “I did it because I want to show you that I’m still alive.”

He also shared how difficult it was to pull off his stint on the show. “Keeping secrets is challenging, especially when you effectively disappear for the duration of the filming,” he said. “I used a combination of bluffery, bare faced lies and vague muttering to explain my absences.”

“The toughest part of the process was learning relatively modern songs. I’m not fond of new music, so I had to force myself to assimilate inferior compositions… Plus it was difficult to sing from within a helmet!”

So far this series, Butterfly was revealed to be Eastenders star Patsy Palmer whilst Pharaoh was former Home Secretary Alan Johnson.

The Masked Singer UK continues on Saturday on ITV, where Tree, Octopus, Monster, Fox and Daisy will be competing against each other to stay anonymous.