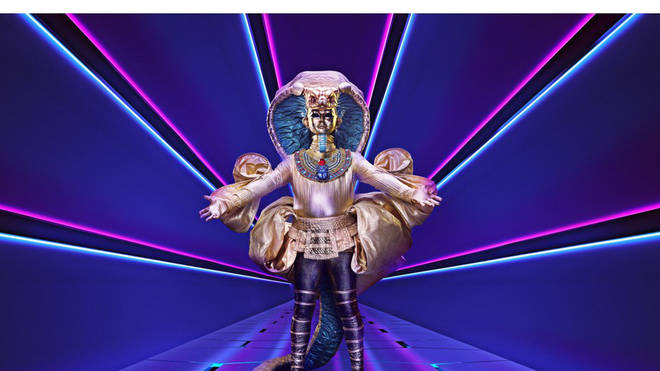 The second episode of The Masked Singer UK has just aired and another celebrity singer has been revealed to the public.

The panel then decided to save Monster and Daisy, voting out Pharaoh and allowing them to be unmasked.

But who is Pharaoh?

After clues including that he used to see the Queen on a ‘daily basis’, he wants to ‘stamp’ out the competition and his previous employment was a piece of furniture, Pharaoh was revealed to be former Home Secretary Alan Johnson.

Speaking about taking part in the show, Alan said: “I would sum up my experience of this as being a once in a lifetime because this programme is I’m sure, going to be a long running, fantastic hit programme.”

In the previous episode, Butterfly was revealed to be Eastenders star Patsy Palmer.

The Masked Singer UK continues on Saturday on ITV, where five of the remaining masked singers will be competing against each other to stay anonymous.