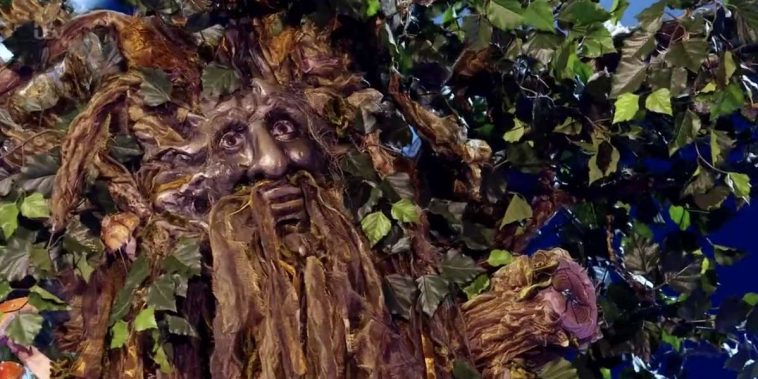 During the fourth episode of The Masked Singer UK, another celebrity singer has been revealed to the public.

The studio audience must then vote for their favourite masked singers, with the winners going through to the next round. The panel then chooses who stays and goes between the bottom two.

Despite both celebrities pulling out all the stops, Octopus was saved, leaving Tree to be unmasked for the first time.

But who is Tree?

Whilst the panel were on the right track with guesses including Peter Shilton and Jamie Redknapp, Tree was later revealed to be football legend Teddy Sheringham.

Speaking after his identity was revealed, Teddy said: “I thought my best shot was a little bit better than what I performed. I’ve had sleepless nights trying to remember these words. Me and my wife have been going over it together all the time.”

So far this series, Butterfly was revealed to be Eastenders star Patsy Palmer, Pharaoh was former Home Secretary Alan Johnson, and Chameleon was unveiled as The Darkness singer Justin Hawkins.

The Masked Singer UK continues on Saturday on ITV, where the remaining eight celebrities will be competing against each other to stay anonymous. With the competition hotting up, will the panel be any closer to identifying who’s behind the mask?