X Factor has been prime time TV viewing in the UK since 2004. Having the right judging panel on X Factor doesn’t just make good viewing for the audience it’s also vital for the contestants on the show.

This year the X Factor has a new judging panel with only show creator Simon Cowell remaining of the previous panel.

The new panel includes One Direction member and former X Factor alumni Louis Tomlinson, Robbie Williams, Take That member and one of the UK’s most loved performers, and his wife Ayda Field, actress and panelist on the day time TV show Loose Women.

For the contestants X Factor is essentially a crash course in how to become a performer. They are taught things as viewers we  don’t really appreciate when we sit on our sofas at home watching the show. They are taught how to look after their voices by vocal coaches and how to breathe so they don’t damage their vocal chords and give the best performance they can. They are taught about lighting, stage and camera directions and of course choreography.

All these things that the contestants learn as they progress through the show are elements that other performers pick over years of honing their craft, of performing wherever they can to gain a name for themselves with the hopes of signing a record deal some day and playing their music to the world.

For contestants to be successful both on the show and off it, they need to soak up every bit of advice imparted on them by the judge in their category and apply it to themselves in a way which will help to succeed on the show and long after it ends.

Simon Cowell this year has the girls category. Simon has worked his way up in the industry, he knows what makes a good song or if an artist will connect with an audience. Love him or hate him as he is a decisive figure ( bit like mar mite)  He has been responsible for creating some of the UK’s biggest talent over the years, Westlife, One Direction, Little Mix, 5Ive and many others.

Simon brings his many years of experience within the music industry which is helpful to contestants who for the most part have little to no knowledge of the behind the scenes aspects of the industry.

Robbie Williams has the groups. He auditioned for a band in the early 90’s. That band became arguably one of the UK’s greatest success stories, Take That. After he left the band he launched a solo career and dealt with many personal demons. Something he has never shied away from talking about.

His success within Take That and as a solo artist, the struggles he has faced make him a valuable ally and mentor for all contestants. His career so far is a story that all contestants should take notes on as it holds many lessons on what the industry is like.

Ayda Field has the Overs. She  is a TV actress/presenter. She is well versed in shooting TV shows, movies etc. To the contestants she is a good choice to ask about the TV production aspects of the show. Another side she brings is how the music industry affects the loved ones of the contestants. 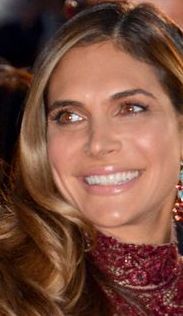 She has seen first hand how her husband has struggled within the industry and it’s pitfalls. So if a contestant is worried about how progressing in the show may affect their family,friends and spouses she out of all the judges is probably the best one they should go to.

Then we have Louis Tomlinson. Louis has the boys. He is without a shadow of a doubt is X Factor (and Simon’s) biggest success story as part of One Direction. Louis auditioned for the show in 2010 as a solo artist. He was put in a group with 4 other boys. They came third on the show. They went on to become a worldwide phenomenon, thanks to social media. For five years he toured the world, wrote on and released albums as part of the band. Before the band went on hiatus and he and other members launched solo careers.

Louis having been where the contestants are can relate the most to them. Can give them advice and impart wisdom he learnt during his time on the show. Also he has a unique take on what it’s like after the show finishes, how life can change and again like Robbie is well versed in the pitfalls and can give advice to the contestants that he has learned and picked up over the years about how to navigate the industry.

Ayda, Louis and Robbie are vital mentors to contestants who are entering an industry that is tough and can eat people alive or make and break them. Simon while sympathetic to the plight of contestants has the more business minded approach, whereas Louis and Robbie being artists within the industry advocate more for the artist first and the business aspects after.

X Factor is without a doubt platform that fast tracks artists to becoming house hold names. Many previous contestants like Alexandra Burke, Matt Cardle, Joe McElderry , Shayne Ward, Sam Bailey have all gone on to forge out careers in TV and Theatre, while others like Rebecca Ferguson have become an advocate for change within the entertainment industry as a whole.

Every act that appears on the X Factor each have their own unique journey to embark on, no matter what they need the support of not just their families but advice of those who know the industry like the judges do and can help them find the right path for them.

X Factor is expected to start airing in the UK on ITV in early September, although no official date has yet to be confirmed.

Keep checking CelebMix for all the latest X Factor news. Let us know if you auditioned for the X Factor who would you like to mentor you and why? Over on @CelebMix!