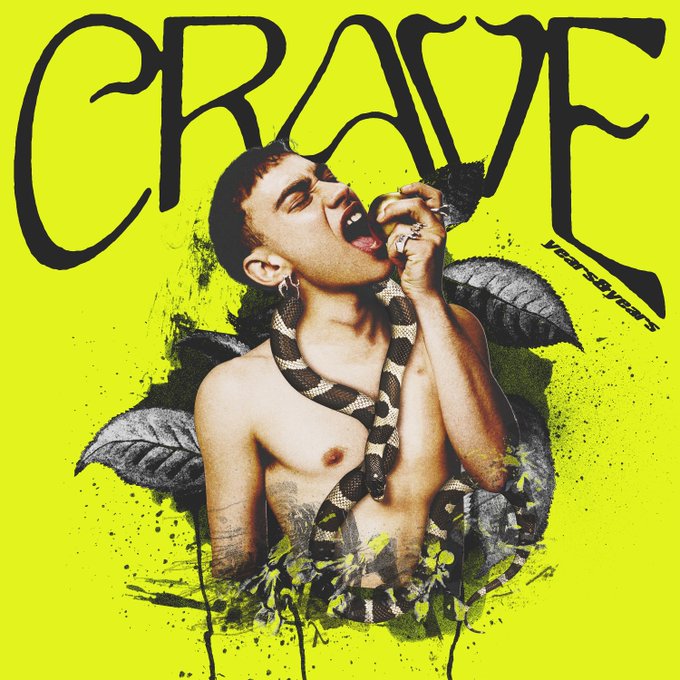 Packed with euphoric synths and a pounding house inspired beat, ‘Crave’ is a confident offering and comes accompanied by a fantastical and otherworldly video featuring Olly Alexander head-to-toe in blue body makeup.

In a statement, Olly describes ‘Crave’ as “a playful way of inhabiting the deranged sexual energy I’ve always wanted. In the past I felt like I’ve been dominated by toxic relationships, and I felt like it would be fun to turn it on its head.”

Speaking to Zane Lowe on Apple Music 1, Olly explained that ABBA were one of the inspirations behind the track. “Well, you know who was an inspiration in the studio? Well, amongst others, ABBA.You know how ABBA just take you on a journey? And suddenly there’ll be a shift or a change, and you’re just like, “Oh, take me with you.” So, yeah. They’re so weird.”

‘Crave’ is the latest single to be taken from the newly announced record, Night Call, which is due for release on January 7. This will be the third studio album from Years & Years, but their first as Olly’s solo project rather than a three-person synth-pop trio. The album also includes the previously released ‘Starstruck’, which also received a glorious remix courtesy of Kylie Minogue.

New music follows on from Olly’s incredible performance as Ritchie Tozer in the critically acclaimed Channel 4 drama It’s A Sin. Highlighting the HIV/AIDS crisis in the 80s and 90s, the heartbreaking series recently took home the New Drama award at the British Television Awards 2021.

Alongside the series, Olly released a cover of the Pet Shop Boys’ ‘It’s A Sin’ and performed the track alongside Sir Elton John at the BRIT Awards 2021. Proceeds from the single went to the Elton John AIDS Foundation.