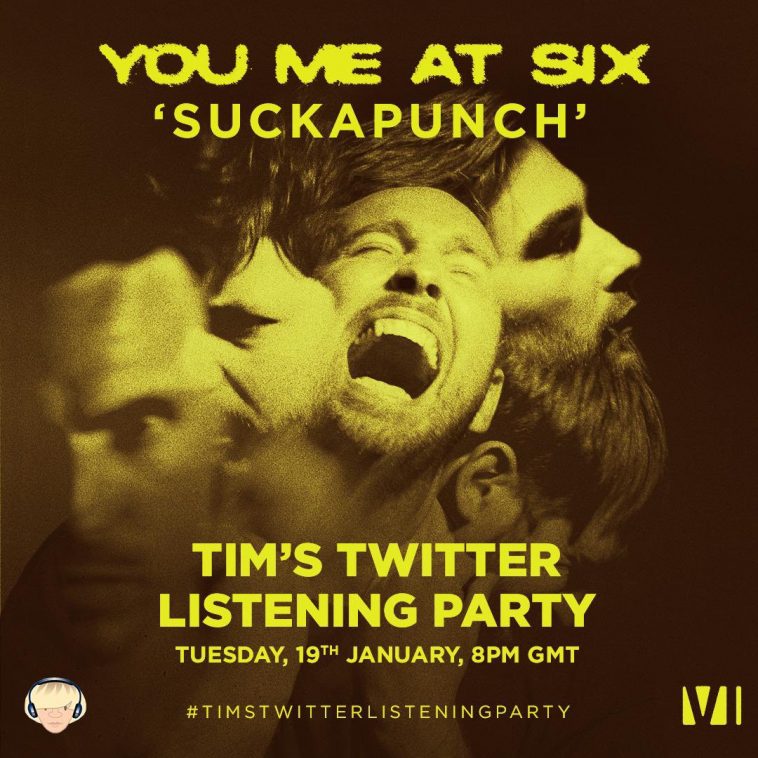 Just days after the release of their seventh album, SUCKAPUNCH, You Me At Six have announced a listening party that’s taking place Tuesday 19 January at 8PM, GMT.

The guys will be joining Tim’s Listening Party and it’s bound to be an exciting time what with the direction the band have taken with this album.

The guys spent several weeks recording SUCKAPUNCH in Thailand back in 2019 and have been waiting patiently for the right time to release it.

The album also features the singles ‘What’s It Like‘ and ‘MAKEMEFEELALIVE‘ which were released in 2020.

Whilst the guys would usually do a string of in-stores for a new album, given the current circumstances they’ve opted for a virtual listening party instead.

Either way, we know it’s going to be brilliant so make sure you head over there on Tuesday night!

Earlier today, the band also launched YOUMonday, and initiative designed to turn Blue Monday into a day promoting self care, wellness and positivity.

Frontman Josh Franceschi said: “2020 presented us with some of the most challenging circumstances ever, and 2021 is no place for a Blue Monday. We hope that everyone can join us in taking a little time out for themselves today, to do something for YOU. Stay safe, stay positive and support each other.”

Some of the YOUMonday activities which took place today include a vegan cooking lesson with Josh, a local walk with Max Helyer, skating tips from Chris Miller, a sourdough baking 101 with Matt Barnes, circuit training with Dan Flint, and more. You can keep up to date with all the goings on using the hashtag #YOUMonday.

Let us know what your favourite track on the album is over on Twitter @CelebMix now!