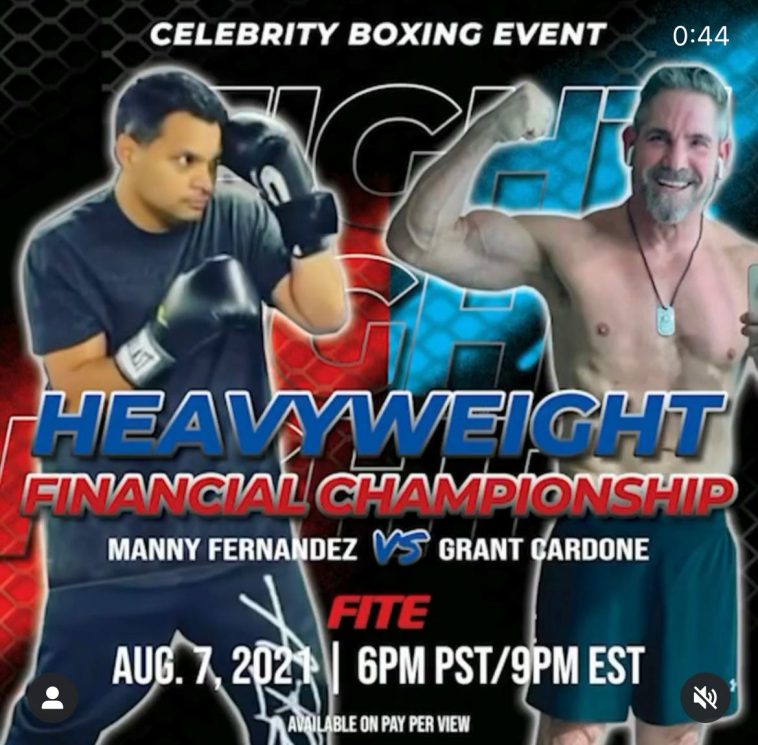 Judah also announced that Mike Tyson could be a part of the training camp. There are rumors that Grant Cardone has been talking major trash about the event with Manny Fernandez posted on Fernandez’ Instagram account @mannyfernandezsv. Many are wondering why and if this is a ploy to chase after the following that Fernandez has with the Hispanic community as he is known as the first Hispanic investor on national TV.

The following day Grant Cardone shared a post on his Instagram of himself shadow boxing. Cardone was also overheard inside a clubhouse room stating “I’m going to spank the SPAC out of Manny Fernandez.” The insults are beginning to fly as followers of Fernandez’ have heard this response: “GC stands for Grand Crybaby.”

Is this fight a dream or reality? Potentially millions of Grant Cardone’s and Manny Fernandez’s followers are waiting to see. Former President of Mexico, Vicente Fox was filmed congratulating Manny for being “the first Latino Shark investor…and to keep up the good work you are doing for Latinos.” In spanish, he continued “…sigue representas al mundo Latino” roughly translated to ‘continue representing for the world of Latinos.’

The last fight Judah’s promotions company had many celebrities in attendance including NBA player Shaquielle O’Neal. We’ve reached out to both parties and are waiting for comments. None of the details have been confirmed of the event by Celebrity Boxing Championship.