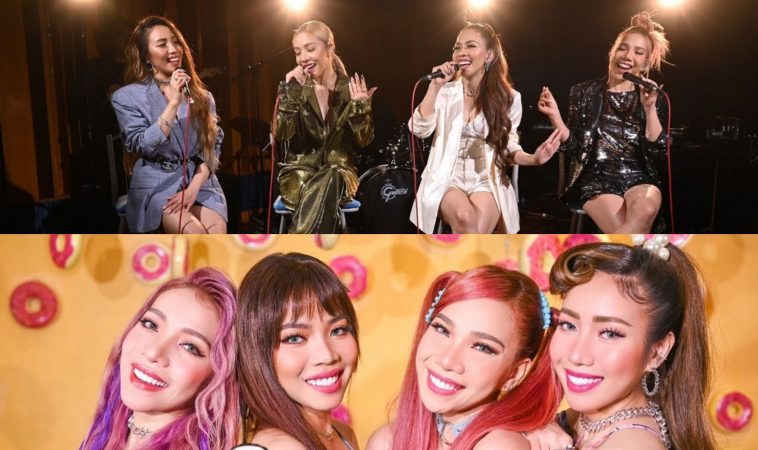 Another impressive cover, 4th Impact continually brings it for every single cover and performance that they do, their most-recent cover being of BTS’s hits single “Dynamite”. This follows up their brilliant cover of BLACKPINK & Selena Gomez’s song “Ice Cream”.

They never shy away when it comes to covers, easily blowing away viewers with killer vocals and exceptional harmonies, and this cover of BTS’s “Dynamite” is no different. In a brand new YouTube series, the 4th Impact sisters launched “Live Sessions with 4th Impact”, so we’re beyond intrigued to find out what else they plan to release within these sessions.

This song has been a hit around the world for BTS, easily becoming their most successful single to date, managing to chart in the top 10 of over 25 different countries. 4th Impact completely nails the live cover performance, with a brilliant upbeat backing band behind them. Using their exceptional harmonies to pull this off, 4th Impact brings it like no other artist could, showing off their technical brilliance and superb vocal ability, from their vocal whistles to their amazing falsettos, all the while keeping the jovial melody of the track. Now we’d love for 4th Impact to collaborate with BTS, that would be an awesome team-up!

Watch 4th Impact Cover “Dynamite” By BTS From Their First Video In Their “Live Sessions With 4th Impact” Series Here:

Shining throughout the incredible video, which was filmed at The Dessert Museum, 4th Impact brings a different vibe overall. They’ve stripped back their typical harmonies, showcasing all four of their amazing vocals and spotlighting every single member throughout. It’s not their typical cover style but that’s what makes this unique and allows them to continually show off their versatility as a group.

The rap makes the entire track, with Irene Cercado surprising us all by unleashing killer vocals and an addicting vibe that makes sure we never forget her part in the track. It’s clear all four members of 4th Impact enjoyed covering this song and filming this music video, and we cannot wait to see what they release next!

Do not miss any 4th Impact news by subscribing to their Patreon where they keep their fans up to date. An official music video for “K(NO)W MORE” is apparently on its way, as well as their debut album, more cover versions, and a tonne of other amazing 4th Impact stuff!

What do you make of 4th Impact’s covers of BTS’s “Dynamite” and BLACKPINK & Selena Gomez’s “Ice Cream”? Let us know on Twitter @CelebMix.