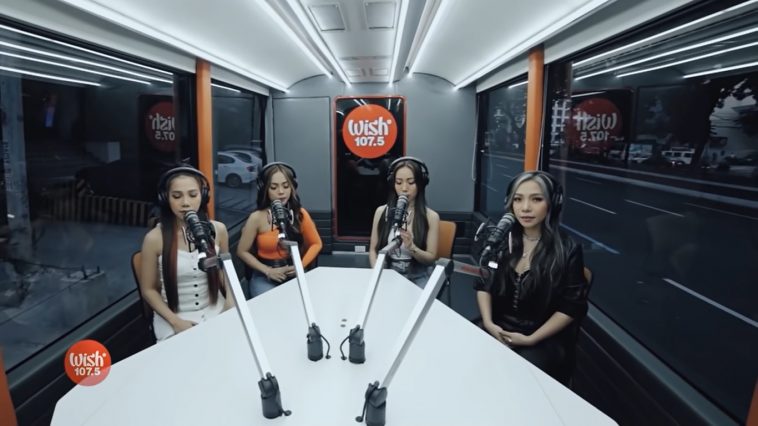 Are you ready to be fully blown away by 4th Impact on Wish 107.5 Bus? The girls have really outdone themselves with this performance of “K(NO)W MORE” and are really showing to the world why they should be global superstars! This track is their first independent single release and is the debut track from their upcoming debut album as 4th Impact.

The group are best known for being contestants on the shows Superstar K6 and The X Factor. In the former, they were on the sixth season, and they came in eighth place. As for the latter, they competed in the tenth series and finished in fifth place; their audition tape, though, is The X Factor UK‘s most viewed video on their YouTube Channel with over 100 million views. The group consists of sisters Almira Cercado, Irene Cercado, Mylene Cercado, and Celina Cercado. They’ve been working hard on their career the last few years, dropping the awesome positive debut single “Unleash The Diva“, following that up with the ballad “It’s Not The Same Anymore“, before working with Tony Valor on the tracks “D’ Nah Nah (Shaky Bum Bum)” and “Take My Breath Away“. Now, they’re independent artists and released their debut independent single “K(NO)W MORE” in March 2020, launched a Patreon page where they frequently keep in touch with their fans alongside live videos and regular covers, and they’ve started work on their debut album!

The four sisters have performed on Wish 107.5 Bus previously back in 2016 where they performed a cover of Adele’s “Hello” – which we included in the article 5 Of Our Favourite 4th Impact Covers. However, they just blew that performance out of the water with this new one. 4th Impact shines brightly in this video, showing off their phenomenal voices, their incredible harmonies, and their emotional vulnerability. “K(NO)W MORE” is just one incredible song that truly allows these sisters to bring it. We felt this performance right down to our very core, with 4th Impact unleashing their power. They deserve to be an international sensation, and this video alone proves it. We cannot wait for everything they have in store for the coming years.

“K(NO)W MORE” by 4th Impact is available to download and stream right now. Be sure to subscribe to their Patreon so that you don’t miss any 4th Impact news. An official music video for this song is apparently on its way, as well as their debut album, more cover versions, and a tonne of other amazing 4th Impact stuff!

What do you make of 4th Impact’s performance of “K(NO)W MORE” on Wish 107.5 Bus? Let us know on Twitter @CelebMix.