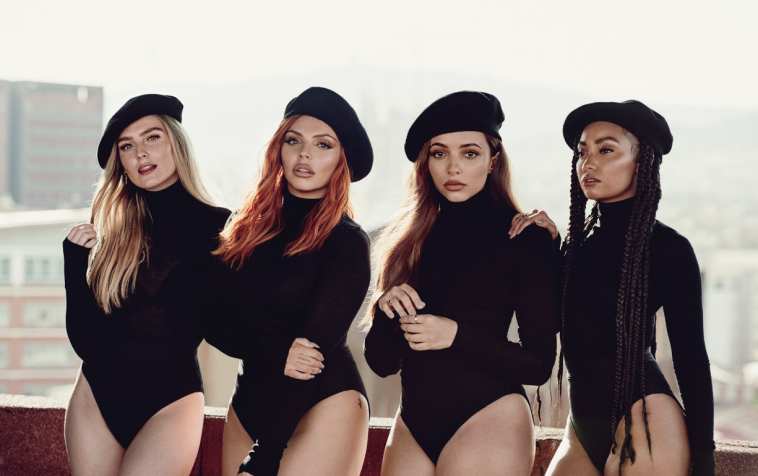 This week marks CelebMix’s fifth birthday so we’ve decided to celebrate by dedicating articles to some of our favourite celebrities. This one is all about Little Mix and their music videos!

Over the years, Little Mix have released numerous music videos, all of which have been incredible in their own way. From fierce choreography to heartfelt messages, no matter the song, their videos always tell a story. We’ve chosen five of our favourite Little Mix music videos which we hope you’ll love too!

Channelling prom vibes, the video for ‘Love Me Like You’ is super cute and we love the story throughout, with the girls getting to show off their acting chops. Directed by Sarah McColgan, the video perfectly matches the retro vibe of the song, and whilst the girls get screwed over by their prom date, at least they’ve still got each other.

Whilst the original video shoot for ‘Break Up Song’ had to be cancelled due to the lockdown conditions caused by the COVID-19 pandemic, that didn’t stop Little Mix from serving an amazing visual for it. There’s so much to love about this video, including the girls rocking their 80s inspired outfits, as well as the heartfelt and humorous moments throughout which showcase the girls’ personalities perfectly.

‘Power’ is the definition of girl power and we love how each girl’s individual style is showcased throughout. It also represents a diverse range of women as well as the LGBTQ community, and is the perfect anthem for strong independent women all around the world. We also love the girls’ mums making a cameo!

The video to ‘Woman Like Me’ is a serve and a half. The girlband are often criticised for things like outfits, lyrics and choreography, and this visual is a big middle finger to anyone who believes that they have to act in a certain way. Directed by Marc Klasfeld, the BRIT Award winning visual sees Jade, Jesy, Leigh-Anne and Perrie on their way to a finishing school where they learn to act all prim and proper whilst completing stereotypically female tasks such as ironing and cleaning. Thankfully, it’s not long before Little Mix break free from this behaviour as they begin to rebel and cause havoc.

There’s no doubt that ‘Strip’ is one of Little Mix’s most impactful visuals. The perfect celebration of their bodies, the visual for ‘Strip’ includes the girls, their friends and family, and other women of all shapes and sizes shaking what their mama gave them. Having struggled with body image issues over the years, this visual is so important and it’s heartwarming to see Little Mix accept and love themselves for who they are. One of the most powerful moments comes near the end, where the girls are laid bare and are simply covered by words which have been used to describe them in the press. These girls have suffered years of unfair scrutiny just because they’re in the public eye, and to see them own these horrible words and take back control is one hell of a power move. QUEENS!