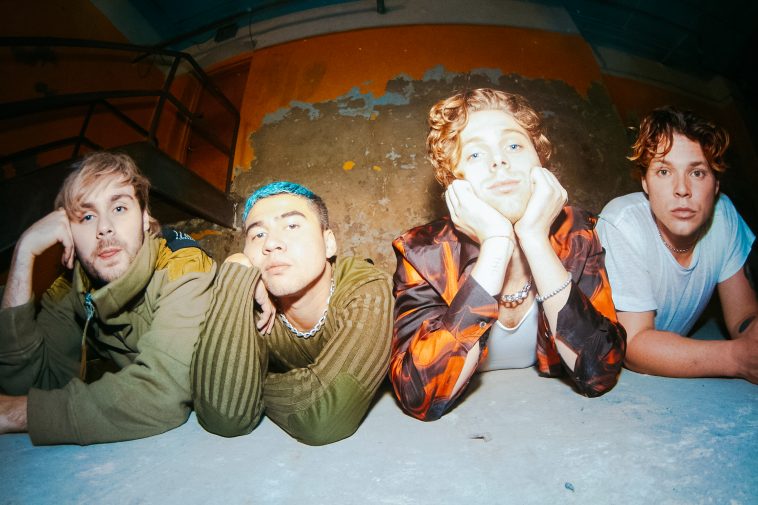 5 Seconds of Summer have unveiled a new track called ‘Wildflower’, the latest cut from their forthcoming album CALM.

Co-written with Rami Yacoub (Ariana Grande, Nicki Minaj) and Geoff Warburton (Shawn Mendes), ‘Wildflower’ is laced with 80’s inspired synth and packs a punch with its infectious melodies. The euphoric chorus sees the band deliberately omitting certain words, allowing us to fill in the blanks as we see fit.

Speaking about the track and its chorus, bassist Calum Hood said: “We wanted to make the chorus kind of a choose-your-own-adventure, where some words are left out and then accentuated by these big stabs of synth. It lets everyone come up with their own interpretation, and fill in whatever they think those missing lyrics might be.”

The track comes accompanied by a creative and homemade lyric video. Using 358 different photos and 529 flowers, the video was created over 10 hours of stop motion animation as well as eight hours of editing.

‘Wildflower’ is the latest track to be unveiled from CALM, which is set to be 5 Seconds of Summer’s fourth studio album and their first under Polydor Records. The four-piece band have previously released ‘Teeth’, ‘Easier’, ‘No Shame’ and ‘Old Me’.

CALM is due for release this Friday (March 27). Pre-order it here.

What do you think of ‘Wildflower’? Are you excited for CALM? Let us know your 5 Seconds of Summer released thoughts on Twitter @CelebMix