Your go-to guide on the actress, Maia Mitchell.

Maia is most known for portraying Callie Adams-Foster in The Fosters. 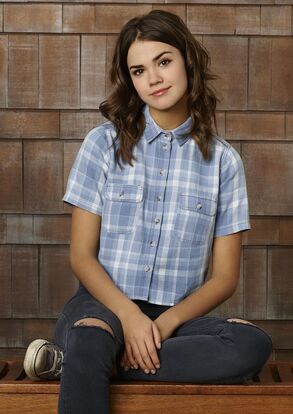 Maia Mitchell is an Australian actress and singer. She is known for her roles as Brittany Flune in the children’s television series ‘Mortified’ and as Natasha Ham in teen drama ‘Trapped’. She was also in K-9, a spin-off of the popular British series ‘Doctor Who’. Also, she currently co-stars in the Freeform drama ‘The Fosters’ as Callie Jacob/Callie Adams-Foster and also co-starred alongside Ross Lynch in the Disney Channel original movies ‘Teen Beach Movie’ and ‘Teen Beach Movie 2’ as McKenzie.