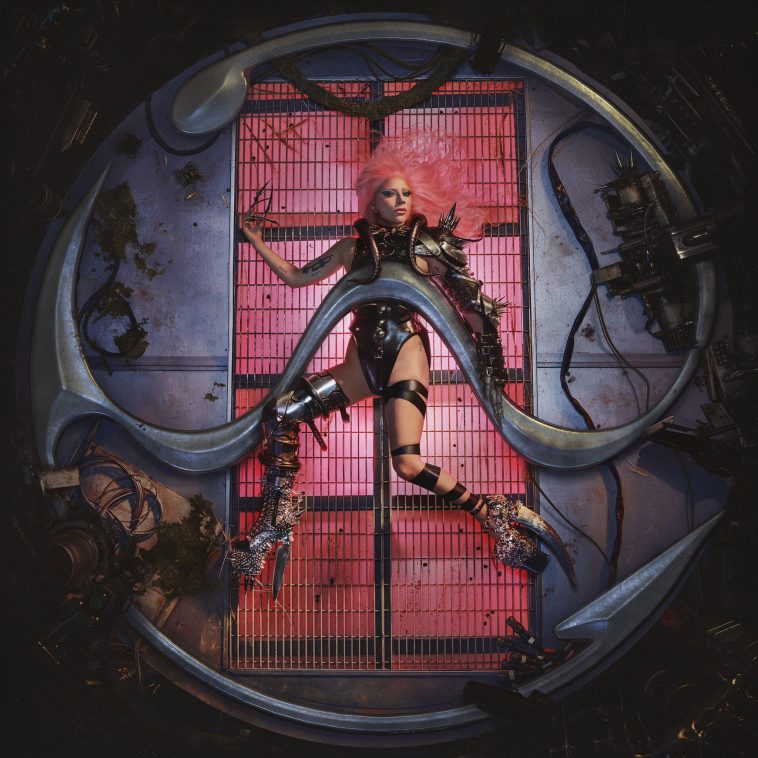 “No matter how big I become, no matter how many sold-out stadiums I have, I can’t fix my dad,” Lady Gaga told Zane Lowe last week.

Referencing her last solo studio album Joanne, a record anchored in the tragic loss of the singer’s aunt, it’s daring topics and intricate efforts like that which have hallmarked Gaga’s recent releases. Take 2013’s critically-misunderstood Artpop, for example. An effort whose experimental production was a quinquennial ahead of its time, the record landed alongside a short film charged with social commentary and mythological references. The candid Joanne came next and then, of course, the multiple Grammy Award-winning A Star Is Born soundtrack, which saw Gaga reach cross-industry heights no pop star had ever reached before.

However, as the star uttered that candid revelation on her father to Lowe, a seismic shift in the Gaga outlook became clear – eyes were now set on a return to the unshackled pop joy of The Fame and Born This Way. Chromatica, a world of glitzing pop created alongside production juggernaut Bloodpop, is a “healing through dance” that does exactly that.

Whether the leak of ‘Stupid Love’ earlier this year was the doing of hackers or a record label moment of genius, its pulsing synths and huge chorus had the star’s Little Monsters salivating – DJs worldwide sneaking it into sets before release. Releasing ‘Rain On Me‘ last week, a star-studded team up with Ariana Grande which looks sure to scoop awards next year, and the BLACKPINK-powered ‘Sour Candy’ hours before the album hit services, fans’ suspicions were confirmed – more than any other intention, Gaga is here to dance on Chromatica.

Indeed, speaking to Zane Lowe, she smirks whilst admitting, “I can’t wait to dance to this music, to blast it as loud as possible”. Tracks such as ‘911’, a self-medicating nod back to Artpop, and the disco-heavy ‘Babylon’, whose closing calls to “strut it out, walk a mile” are reminiscent of Madonna’s flagship work ‘Vogue’, are certainly begging to see the volume turned to 10.

Yet, as much as Chromatica will have had fans dancing around their rooms at midnight on release, Gaga refuses to sell out lyrically: “I had some dark conversations with Bloodpop”, she admits. On ‘Free Woman’, one of the record’s most exquisite moments, she reminds fans that “this is my dance floor I fought for” over an almost EDM-drop à la top hits of the 2010s. Elsewhere, ‘Replay’ opens with Gaga posing the question, “who was it that pulled the trigger, was it you or I?”, before blasting the notion away with another pounding drop.

With all the questions and issues Gaga sees in the mirror on Chromatica, the medicine for each one is the same – to dance it away. ‘Alice’, the record’s first track after a string-led intro, sees the star call to “take me home, take me to Wonderland”. A metaphor for the upbeat world of Chromatica, escapism is Gaga’s trump card, “although I feel completely disconnected and offline, I’m still going to pursue Wonderland,” she speaks on that track.

At times, Gaga’s outwards look for salvation sees her, quite literally, flying. On ‘1000 Doves’, a track which is what you might imagine a club night in paradise might sound like, she takes off despite “flying with some broken arms”. ‘Sine From Above’ is also a dead-ringer for that party and quite possibly the most hip thing Elton John has done for years.

For any other artist, reusing that time-old middle-finger to your problems attitude would hardly be anything groundbreaking. For Lady Gaga, however, Chromatica is a return to pop basics that will not only have fans raving, but sounds like Gaga is at her most comfortable ever.

Are you a Lady Gaga fan? What do you make of the star’s new album? Let us know @CelebMix on Twitter.