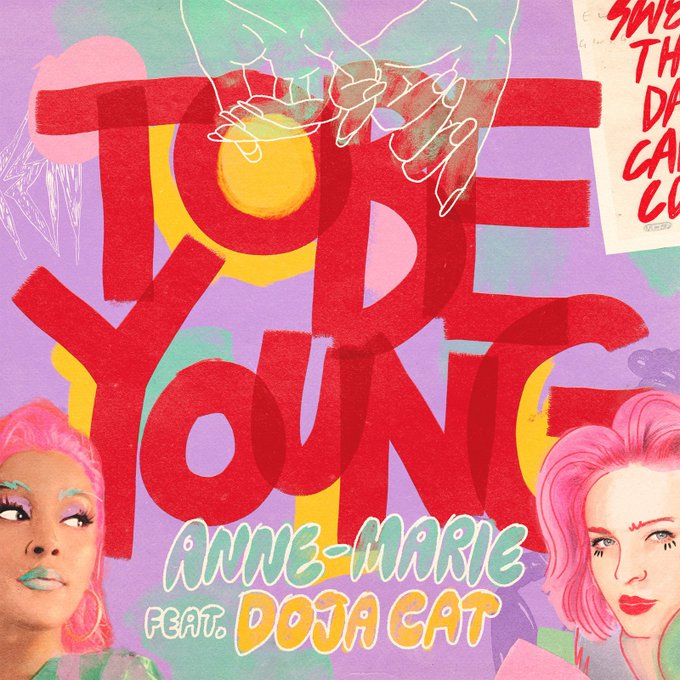 Anne-Marie has announced what could be one of the collaborations of 2020. The singer-songwriter is teaming up with Doja Cat to release her new single ‘To Be Young’ which is set for release on Friday (17th July).

This year has already been a big year for new Anne-Marie music, fans have been treated to ultimate feel-good hit ‘Birthday‘ which we can confirm is suitable for a sing-along on any occasion, not just your birthday. But also seen the emotive, delicate side through an ode to her mum ‘Her’ released as a surprise Mother’s Day present, complete with a music video full of her fans.

In the days preceding the single announcement, across her social media fans were teased that something new was on the way through a series of posts; including the title of the single created in emojis, lyrics which when put together created partial lyric ‘We’re all a mess, but I guess this is what it feels like…‘ then finally the cover art/final part of the lyric ‘to be young‘. Understandably the posts sent Anne-Marie fans into a frenzy as this looks set to be the official launch of the #AM2 era which follows her debut album Speak Your Mind which was released in 2018.

If you can’t wait to hear ‘To Be Young’ on Friday, don’t worry because Anne-Marie has posted a sneak preview of the track on her TikTok which can be seen below. We already love the uplifting lyrics heard in the short segment which make it hard to not sing-along, act a fool and enjoy being (or feeling) young!

‘To Be Young’ featuring Doja Cat is released on Friday 17th July and you can pre-save the track NOW.

Are you excited for ‘To Be Young’ and the #AM2 era? Tweet us @CelebMix and let us know!