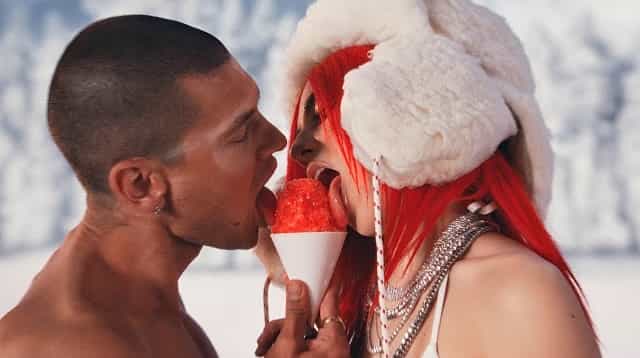 Pop starlet Ava Max is BACK with her first highly anticipated release of 2022, ‘Maybe You’re The Problem’.

Offering the first taste of her sophomore album, ‘Maybe You’re The Problem’ is a punchy pop track which takes the saying “it’s not you, it’s me” and flips it on its head. With lyrics such as “You should take a second just to look at your reflection, baby maybe you’re the problem“, the track playfully acknowledges that perhaps the other person in the relationship is the one to blame after all.

Speaking about the track, Ava said: “Everyone always says ‘it’s not you, it’s me’ but sometimes the problem really isn’t me, it’s you!! ‘Maybe You’re The Problem’’was so much fun to create – This new music I’ve been working on is the most personal music I have ever made. I can’t wait to share it with you very soon.”

The track comes accompanied by a Joseph Kahn-directed visual which sees Ava embark on a snow filled adventure. From sunbathing in the sun to taking part in a crazy video game, the quirky visual also shows Ava and her pals defeat her ex in a brilliant way. Check it out below.

‘Maybe You’re The Problem’ follows on from Ava’s blockbuster collaboration ‘The Motto’ with DJ Tiësto, which has racked up almost 500 million streams since its release. Her latest single is also the first release from her highly anticipated second album, following on from the gargantuan success of her acclaimed debut LP Heaven & Hell. The album featured the smash hits ‘Who’s Laughing Now’, and ‘Kings & Queens’, as well as the number one hit ‘Sweet But Psycho’.

‘Maybe You’re The Problem’ is available to download and stream now.