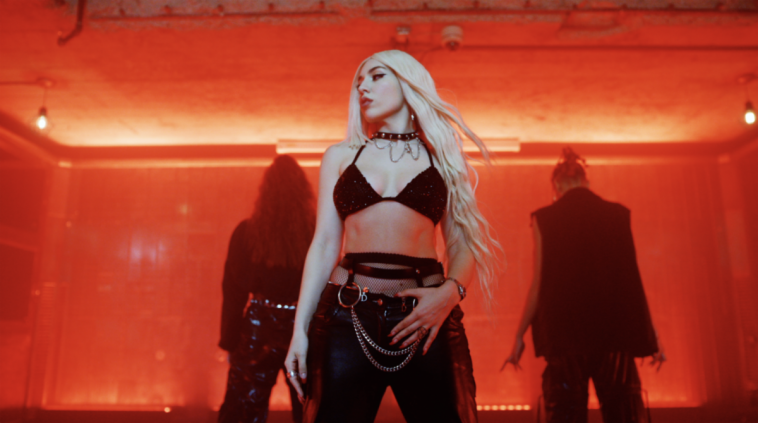 Pop sensation Ava Max has unveiled the euphoric visual for her latest single ‘My Head & My Heart’.

Co-directed by Charm La’Donna and Emil Nava, the exhilarating visual focuses on Ava and a troupe of performers dancing the night away in a dimly lit nightclub. The track interpolates ATC’s 2000 Eurodance song ‘Around the World (La La La La La)’ so it’s safe to say the whole vibe of the song and its visual has us yearning for the dancefloor.

As well as storming the UK charts and Top 40 at Pop Radio, there’s no doubt that ‘My Head & My Heart’ is going to be a monster dance hit once we’re safely allowed back into clubs.

Speaking about the video, Ava Max said: “This is hands down my favorite music video I’ve ever done. For the first time, I think my fans will see the true me on the screen and we are just getting started! Come DANCE with me!”

If you’ve missed seeing Ava Max perform, you can catch her performing ‘My Head & My Heart’ on Jimmy Kimmel Live tonight.

‘My Head & My Heart’ comes off the back of Ava’s critically-acclaimed debut album, Heaven & Hell, which was the highest charting female debut album of last year in the UK. The album includes the smash hits ‘Sweet But Psycho’, ‘Kings & Queens’, ‘Who’s Laughing Now’ and ‘So Am I’.