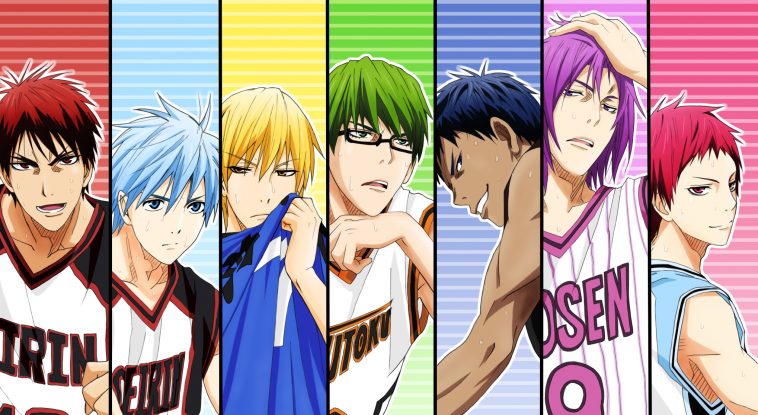 Although anime has its roots firmly planted in Japanese culture, it is fair to say that it has become something of a worldwide phenomenon in the 21st century.

The concepts and themes behind anime undoubtedly translate well across borders and that ethos is what has helped it succeed on the international stage.

The artwork behind anime has a different feel to it than traditional styles of animation, helping to set it apart from creations in the same field.

Sports is one of the most popular genres, with the various storylines of success and failure translating perfectly to anime. Read on as we reveal our favourite sports anime.

This hugely popular series featured 75 episodes that ran from 2012 to 2015 and inspired the production of various stage adaptations.

The central characters were part of a basketball team who would have been popular in online betting circles as they swept all before them to become known as The Generation of Miracles.

The episodes chart the journey of the five stars of the team who moved onto high school and a mysterious sixth player who became a freshman at Seirin High.

Kuroko’s Basketball features the highs and lows of each of the main characters, sending the message to viewers that winning doesn’t always come easy.

First created as a manga series in 1981, the anime version of Captain Tsubasa has since generated more than 250 episodes during numerous production runs.

Revolving around the sport of football, the series focuses on Tsubasa Oozora’s experiences and progression in the game.

It details his relationships with both friends and opponents, in addition to following his performances in training and matches.

Captain Tsubasa was originally inspired by the 1978 World Cup in Argentina and has motivated many youngsters in Japan to play football since then.

Yuri on Ice ran for just 12 episodes, but it was unquestionably one of the most ground-breaking sports anime ever created.

The series centres around the relationships between three figure skaters – Japan’s Yuri Katsuki, his Russian idol and a rising Russian star.

The storyline sparked plenty of debate, with many critics praising the sensitive way it handled the subjects of homosexuality and homophobia in sport.

Yuri on Ice also attracted plenty of attention from professional skaters, with many performing to music from the show at the 2018 Winter Olympics.

This popular anime spawned more than 125 episodes during three sperate runs on television, a movie and video games.

The series follows a shy high school student, Makunouchi Ippo, on his journey to becoming a respected professional boxer.

Ippo is inspired to take up boxing after being beaten up by bullies, and he shows an immediate aptitude for the brutal combat sport.

The series charts Ippo’s experiences in boxing and how he draws strength from those to handle the challenges he faces in daily life.

Baseball is one the most popular sports in Japan, so it comes as no surprise to find that a brilliant anime was created around it.

Running from 2013 to 2016, Ace of Diamond follows the fortunes of baseball pitcher Eijun Sawamura who has a rather unusual throwing action.

A scout spots his talent, offering him the opportunity of a scholarship and the chance to make it all the way to the nationals.

The series tracks Sawamura’s progress as he attempts to help the prestigious Seidou High School achieve its goals.