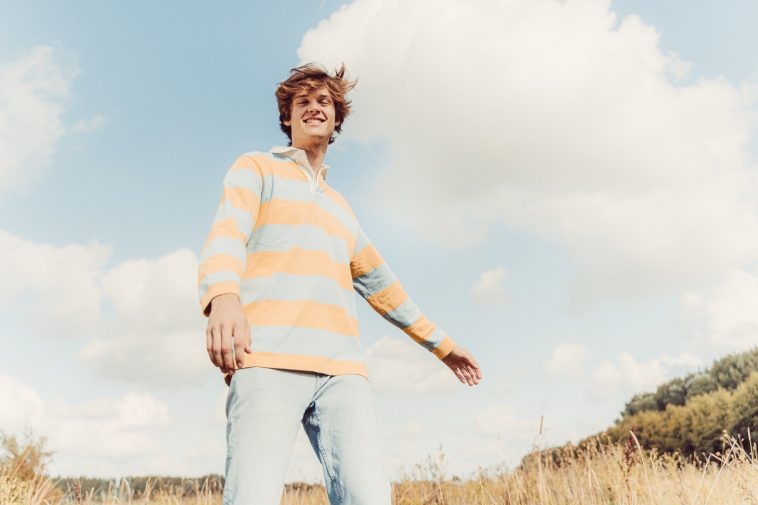 Blanks is not your average YouTuber. Cutting through the noise of influencers and morning routine videos, the purpose of Blanks’ online presence has always been to spread his love of music, in his self-described “overexcited” style.

Now with his latest mainstream release, Blanks is taking some steps further forward into the world of music. The song is called ‘Sweaters’ and it’s the introvert’s anthem to leaving parties early and going home for a cosy night in. It makes use of Blanks’ now-signature retro feel, with heavy influences taken from 80s synth-pop in both his sound and his remarkably consistent aesthetic. The hook of the song “why don’t we stay inside for tonight?” will echo in every listener’s head who has ever been to a party and found themselves clock watching, waiting for it to be late enough to politely bow out. It’s a universal feeling and a fun and catchy song which both serves as comfortable companionship for those amongst us who enjoy a night in, as well as bringing the party home.

Blanks is working hard these next few months (an understatement). Following on from his stellar performance at Eurosonic Festival, he just headlined the music night at VidCon London 2020 and is set to bring his colourful and nostalgia-inducing music to Brighton’s Great Escape this summer.

With his years of experience writing and performing songs for his audience on YouTube, it’s exciting to see Blanks pushing himself into wider circles to get the recognition he deserves. It’s a brilliant song, a gorgeous video and a unique talent which is seeing Blanks into this new decade. See you in the front row!