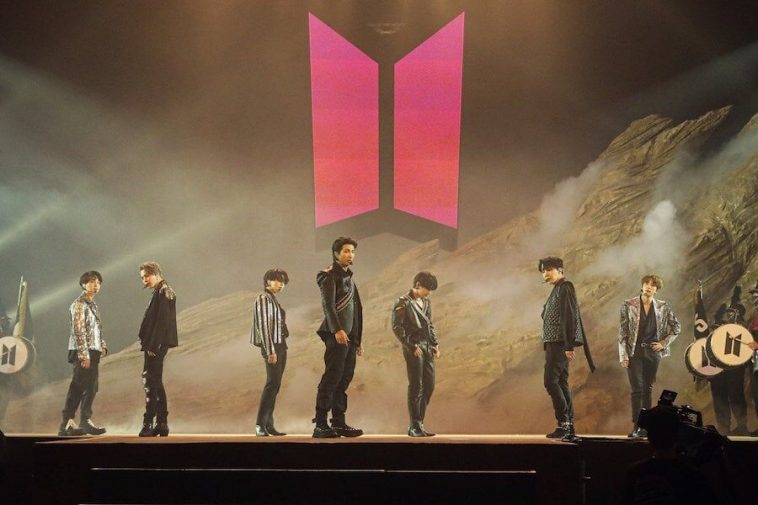 BTS completed their Map of the Soul ON:E live-streamed concert weekend and set the standard for online concerts during the pandemic.

After the cancellation of their biggest tour to date, BTS took to operating a two-day online concert in order to satisfy their own performance needs and their ARMYs desire to see the guys. While others may have treated the event as less of a true authentic concert experience, BTS applied the same level of effort into every aspect of the show in order to create the real Map of the Soul tour event.

The press release stated that it will be their biggest production to date, utilising four different stages, exclusive never-before-seen performances and eight times the budget spent on their June ‘BANG BANG CON: The Live.’ BTS exceeded all expectations set with this concert.

With set designs and opening number to the scale of Beychella, featuring a marching band and entourage of backing dancers, the standard was set from the opening beat of the drums of ON, their first-ever top 5 entry in the Billboard Hot 100 back in February this year: BTS were about to give the concert performance of their lives on the stage in Seoul. Jumping from ON, to N.O and We Are Bulletproof pt 2, their debut releases in 2013, the level of energy did not fluctuate.

After 8 months since the release of Map of the Soul: 7, BTS finally got to unveil the 7 solo tracks performances that they had spent the better part of the year (and some of 2019 too) preparing for. RM’s Intro: Persona and Suga’s Interlude: Shadow brought intensity with the hard-hitting stages. Switching to deep yet sensual performances, Jimin’s Filter and Jungkook’s My Time delivered flawless performances, while V’s Inner Child and Jin’s Moon tapped into heartwarming nostalgia. Wrapping up the solo performances, J-Hope’s Ego re-energised through the infectious stage. Each solo presented the best of what each BTS member has to offer individually and why each member is key to the overall group stages.

A key highlight to the Map of the Soul ON:E was the Black Swan stage. Every time BTS perform their first single of 2020, the track is elevated even further than the last time. For the online concert, the septet included the orchestral version while Jimin delivered two freestyled contemporary dances that were painstakingly breathtaking.

Wrapping up in the encores, BTS stepped down from the perfectly polished performances and became playful with their final few songs. Day One consisted of fan favourites Butterfly and Run, while Day 2 the boys delivered renditions of Spring Day and IDOL. The hard work paid off as the live stream boasted 993,000 viewers across 191 regions, smashing their previous BANG BANG CON: THE LIVE from June (107 regions were reached.)

Through the impressive XR technology to create stages such as the elevator used in DOPE, LED screens allowing fans to be virtually present at the arena for the entire concert, and the two-month preparation that BTS and their crew undertook for the two-day celebrations, Map of the Soul ON:E is one of the most impressive performances seen and by far the most superb performance delivered during the global pandemic. BTS set the standard for what it means to deliver a true concert experience during COVID-19 and brought their all to the stage for the performances, presenting their artistry to the world.

What was your favourite Map of the Soul ON:E stage? Let us know by tweeting the CelebMix account!