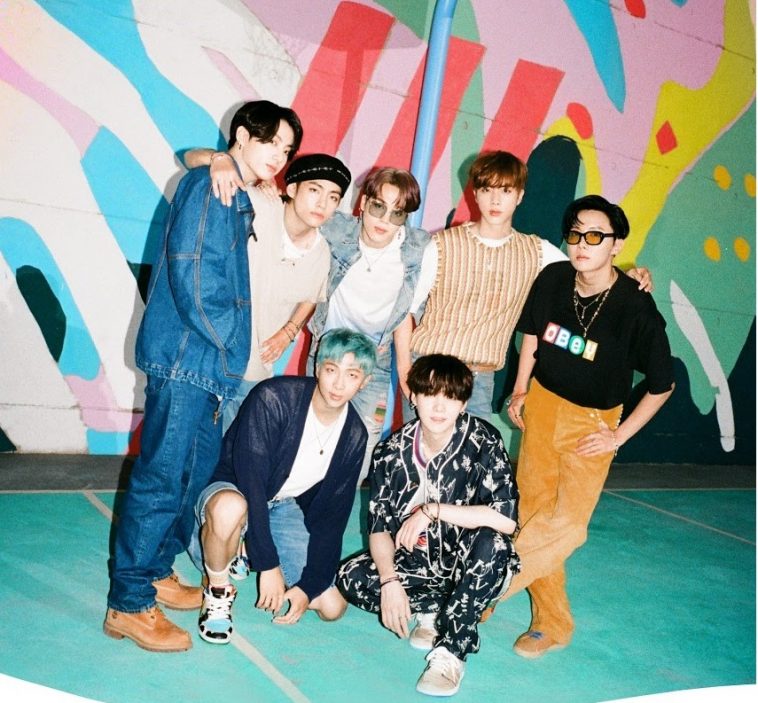 BTS have unveiled the latest of their DYNAMITE teaser images, and this time it’s a group picture!

After the vintage film camera concept for the individual teaser images, it was a wonder what teasers two and three would bring.

Continuing with the retro 90s vibes, BTS are placed against the bright background showcasing effortlessly cool and relaxed poses. The styling comes straight out of a 90’s sitcom show filled with relaxed-fitting trousers, bold patterns and double denim.

The individual teasers broke records by garnering over 33 million combined likes in the first 24 hours of being posted to Instagram. Member V has also become the first Korean male to surpass 5 million likes on one image.

The single is BTS’ first release after their Map of the Soul: Tour was postponed due to the coronavirus pandemic. The tour was in support of their record-breaking album Map of the Soul: 7, which became the band’s fourth Number 1 on the Billboard 200 chart, and gave them their first top 5 single ON.

DYNAMITE is set to be released on August 21st at 1pm KST/12am EST. The track will be BTS’ first standalone single and first-ever full English release as a group in their seven-year career. The single will get it’s live debut at the MTV Video Music Awards (VMAs), marking the septets first-ever appearance at the award show.

You can pre-save DYNAMITE on Apple Music and Spotify now. For all the latest on BTS, don’t forget to follow the CelebMix account!