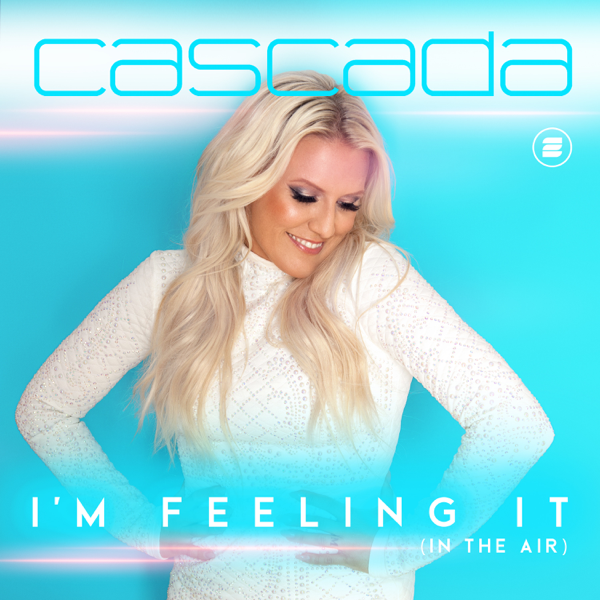 We have a brand new single from Cascada for 2020, title “I’m Feeling It (In The Air)”. It’s another cover version from this three-piece dance group, as it was originally released by Morgan Page, Sultan + Ned Shepard & BT featuring Angela McCluskey in 2011 and then later covered by Sunset Bros & Mark McCabe in 2017, sampling the late ’90s hit single “Beachball” by Nalin & Kane. This follows up Cascada’s 2019 single “Like The Way I Do“, continuing their run of singles from 2014.

Cascada are a three-piece group consisting of Natalie Horler, Manian (Manuel Reuter), and Yanou (Yann Peifer), the latter two members are DJs and have had many solo hits between them, but it’s as Cascada where they’ve had hit after hit after hit. Early on in their career, they released chart-successful covers turning the tracks into club classics, such as “Everytime We Touch”, “Truly Madly Deeply”, and “What Hurts The Most”; it wasn’t until they released “Evacuate The Dancefloor” when they hit the limelight, charting at number one in the UK, Israel, the Netherlands, and Scotland; it charted in the top ten of many countries around the whole world. They haven’t been able to chart as successfully since, but as the chart numbers dwindled, the full-on banging treasures came out, and if you haven’t listened to their songs since then, you have definitely been missing out. They also represented Germany at the Eurovision Song Contest 2013 with “Glorious” coming 21st. Since then, they’ve been touring around the world and releasing the occasional one-off single here and there including the awesome songs “Blink”, “Madness” featuring Tris, “Reason”, “Run“, “Playground” which was the official song for the 2017 IIHF World Championship, “Back For Good“, and “Like The Way I Do“.

According to Spotify, this song was written by Andry Nalin, Angela McCluskey, Brian Transcaucasia, Harry Cane, Morgan Page, Ossama Al Sarraf, and Sultan + Shepard, whilst it was produced by Manuel Reuter and Yann Peifer. A lyric video for the song was dropped on the official Zooland.TV YouTube Channel. Covers have always been Cascada’s aesthetic, it’s what made them famous back in the ’00s. Their recent releases have been a mix of original songs and dance covers, keeping their music true to themselves.

Watch The Lyric Video To “I’m Feeling It (In The Air)” By Cascada Here:

They have really done a number on this, Cascada’s version of “I’m Feeling It (In The Air)” is absolutely incredible – but then again, we expect nothing less from Natalie Horler, DJ Manian, and Yanou. Vocals are pure perfection throughout with Natalie Horler keeping them clear and crisp whilst adding the emotion needed for the song and connecting with the track on a deeper level, whilst Manuel Reuter and Yann Peifer impressing on the production side giving us an addicting rhythm, a clubbing vibe, and an ultimate backing beat during the chorus that just makes us want to dance. It’s another brilliant single from Cascada that makes us want to hear this on repeat, on the radio, and on the dancefloor in clubs. We can also imagine how incredible Natalie Horler would be at performing this track live on stage.

The lyric video adds to the club vibe of the song with the neon lyrics appearing within the visual. We can only hope that a music video will be released at a later date.

“I’m Feeling It (In The Air)” by Cascada is available to download and stream right now, via zooland.tv under exclusive licence to Xploded Music Limited.

What do you make of Cascada’s brand new single for 2020, titled “I’m Feeling It (In The Air)”? Let us know on Twitter @CelebMix.