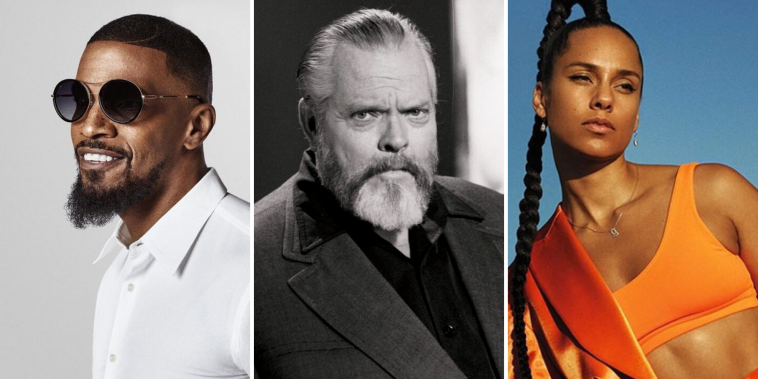 Since we mentioned Alicia Keys, let’s start with her. She was encouraged at an early age by her mother to follow dance and music lessons so we can take her for helping Alicia starting her career in the field she became known in. Alicia started to play the piano at 7 years old which could have been late for some to really excel.

Fortunately, Alicia is a true talent and at just 12 years old she started attending the Professional Performing Arts School from which she graduated at only 16 years old, thanks to her great talent. Alicia has often seen performing at a piano in her music videos or live performances in which she showcased her amazing ability.

Her most iconic moment with this instrument came via courtesy of the Grammy Awards of 2019 where she performed at two pianos at once! We don’t know if they were models from well-known brands like Williams Legato or not because she makes every note she touches sound like she’s sent from Heaven – and with such a talent she just might be.

Seriously, is there anything that Jamie Foxx can’t do? He always looks good, is an Academy Award-winning actor, a Grammy Award-winning singer, a legend in the comedy world, a songwriter and a producer. His 2005 album “Unpredictable” reached no.1 on the “Billboard” 200 but you probably know him best for his role in the biopic “Ray”.

In 2004 Jamie Foxx became the third actor and first African-American performer to receive two Academy Award nominations for different roles in the same year: “Ray” and “Collateral”. He won the Oscar for playing a piano-playing legend, Ray Charles. It shouldn’t be any surprise then to hear that Jamie took his first piano lesson at 3 years old.

When he was 13 Jamie was already making money out of his talent (around 300 dollars/event) with his piano and at only 15 he became the music director and choir leader at his church. He also got a piano scholarship to study at the United States International University in San Diego, California (he is originally from Terrell, Texas).

As a result of his devotion to the piano, Jamie was able to play the piano himself in all of the scenes in “Ray”. This makes his Academy Award even more worthy as you can tell he simply disappeared in the character he was portraying. Unfortunately, Ray Charles died just months before the film was ready to be seen.

One of the biggest names to come out of Classic Hollywood, Orson Wells became a true pioneer not only in films, but also in radio, while also being an actor (in theaters and movies). If you don’t know exactly who Orson Wells is, he’s the person who made “Citizen Kane”, the movie still named by some as being the best of all time.

But, despite his clear talent for movie-making and even acting, Orson’s first love was actually music. His mother studied with the legendary Leopold Godowsky who was nicknamed the “Buddha of the Piano”. With such an immense influence in his home, it’s no surprise that Orson also took up music lessons.

He first started violin lessons and then started playing the piano – both at an early age as it is recommended. Unfortunately, when he was just 9 years old, Orson’s mother passed away which made him associate the piano with her. He never played the instrument ever again but we are sure he would have been just as great at it as he was at creating film masterpieces.

From these three names, who inspires you more to follow up with piano lessons? Is there any name we left out that has a bigger influence on you? Who are the next Nina Simone and Elton John? Let us know on Twitter!