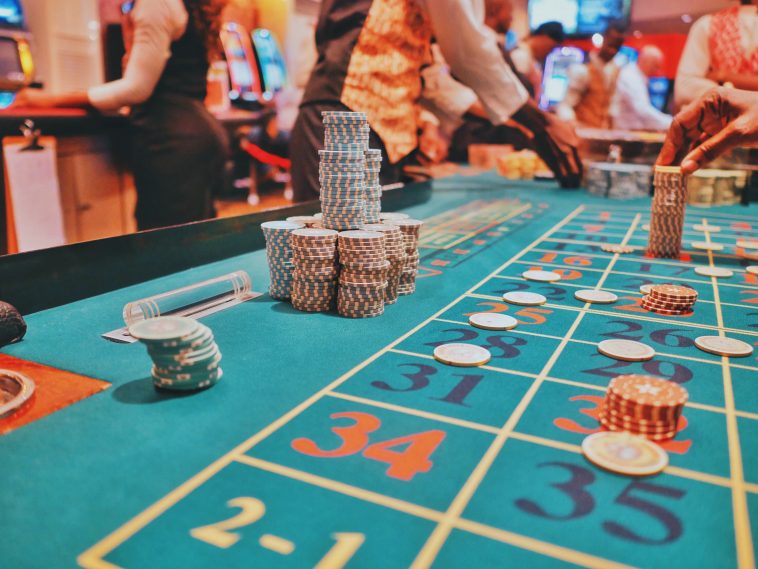 Do celebrity endorsements work? Going by research from Jeroen Verleun, a Barclays Capital analyst, and Anita Elberse, a Harvard business professor, the answer is a resounding – yes. On average, they boost company sales by about 4%.

Knowing that their endorsement is valuable, most celebs will champion anything for a payday, gambling operators included. That said, unlike before, when real money games of chance exclusively took place at glamorous venues, today, the activity has migrated onto the internet. Thus, if you are looking for British online casinos, you may want to check out a top iGaming review site such as online-casinos.com. Only sign-up at vetted platforms that have an appropriate gaming license.

Given that celebrity endorsements work so well, we have to ask – why? Does seeing a familiar face make a product stand out? Are we more likely to recall an ad featuring a celebrity, or do we subconsciously associate them with high-quality? Do we feel like we can trust these people because we believe that we know them? According to psychologists and marketing experts, the answer is all of the above.

Now, many fans may be asking why someone would want a renowned egomaniac as their ambassador? Well, the answer is simple. While Zlatan may not be the most-liked footballer around, he is by far one of the most famous, with over 46 million Instagram followers. Within two years, he helped the Bethard brand grow ten-fold, and in March of 2020, he announced that he became its co-owner. Zlatan stated that one of the reasons he decided to associate himself with Bethard is because of their Swedish roots.

Sadly, the world of horse racing does not have many stars, and its popularity is dwindling year-on-year. That said, Lanfranco Frankie Dettori is a name that anyone that has ever had so much as a fleeting interest in the sport of kings can recognize. The Italian-born jockey, now based out of the UK, has ridden the winners of over 500 group races and has earned the title Champion Jockey on three occasions. However, his most-celebrated-feet are seven wins at Ascot in 1996. His UK adoration grew via his participation in the 11th season of the reality TV show Celebrity Big Brother, where he finished seventh.

In 2016, Ladbrokes, a UK-based sportsbook, which also features slots, signed Dettori to an ambassador contract. Thus, he became the face of their marketing campaigns. Dettori Ladbrokes’ duties also included writing blogs and providing betting tips for the company website. In 2020, Dettori switched teams and partnered with Sporting Index, an online sportsbook and casino. Again, his duties included providing racing insights and tips on social media platforms, coupled with promoting the brand via ads.

Warne is one of the biggest names in international cricket. This former captain of the Australian national team is widely considered the greatest bowler in cricket history. After retiring from international competition in 2007, he moved to India, where he played for three seasons in their Premier League, before finishing his career with the Melbourne Stars. Following his official retirement in 2013, he got inducted into the ICC Cricket Hall of Fame and now works as a team mentor and commentator.

Despite his notoriety as a cricketer, Warne is also famous for his poker talents. He is known to run charity card tournaments, and in 2005, he signed an agreement with renowned gambling brand 888poker to represent them at events such as the WSOP, the UK Poker Open, and Aussie Millions. 888 Holdings, the public company that runs this poker platform, also operates a casino site – 888casino. It is one of the oldest internet gambling sites, established way back in 1997. In 2013, it became the first officially licensed US online casino. Warne’s contract with 888 Holdings ended in 2015 when the two amicably split.

In 2015, Brad Pitt, Leonardo DiCaprio, and Robert De Niro each got $9 million to star in a 15-minute film promoting Studio City resort in Macau. A $2 billion gambling complex. While movie stars and singers are known to do one-off performances and attend venue openings, they rarely sign endorsement deals with gambling companies. They worry that doing so may alienate specific demographics.

However, athletes do not have the same worries. Seeing as most of their fan base has a propensity for wagering on games of chance and sports. Athletes also have social media numbers that are far superior to most entertainers, so their long-term endorsement is far more valuable for gambling operators.