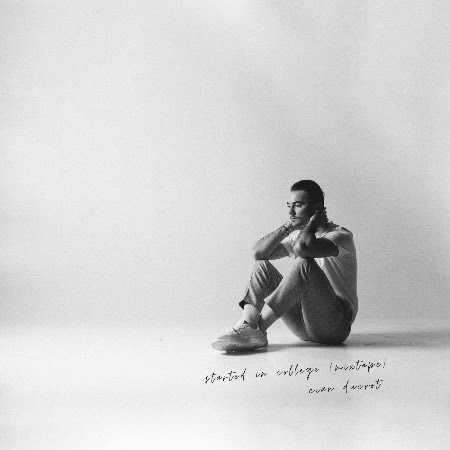 We cannot get enough of Cian Ducrot. Recently he’s graced us with a ton of new music and now he’s released ‘Started in College’ (Mixtape).

The ‘started in college’ (mixtape) is in two volumes featuring a total of ten tracks including Cian’s three recent singles,  ‘anyone but her’, ‘f***ed up all the time‘ and ‘hurt so bad‘.

Other new tracks include ‘somebody else’ which tells the story of love and loss of a friendship, with Cian pushing his vocal to the full extent of its power. The demo vocals were recorded over a year ago and he decided to keep them in the final edit for the authenticity of the track and to maintain the time-capsule of the song.

Then ‘uber’ switches between piano-based intimacy and heavy-duty bass, telling a story of Cian trying to hold onto a relationship in the final days before the eventual break-up. Significantly, ‘uber’ closes volume 1 on the mixtape marking an end to this chapter in Cian’s life.

Volume 2 is a compilation of tracks Cian released between 2018 and 2019. Volume 1 to Volume 2 shows the journey he has been on musically and personally, discovering his own unique sound in writing and production. Volume 2’s opening track ‘Aftertaste’ marks the true beginning of this new phase in his life – as the first track he ever released and the moment Cian released he can do anything he sets his mind to.

Let us know your thoughts on ‘Started in College’ (Mixtape) over on @CelebMix!