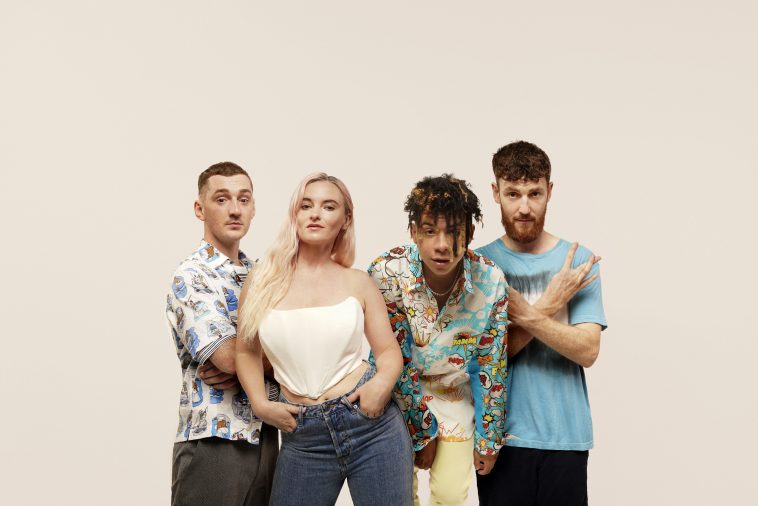 Clean Bandit have teamed up with Puerto Rican-born American rapper and singer iann dior for their latest single ‘Higher’.

Written by Clean Bandit, iann and Bastille’s Dan Smith, with production from the band’s Grace and Jack alongside Mark Ralph, ‘Higher’ is a breezy mid-tempo bop which is guaranteed to shake away your January blues.

Packed with summery melodies, the genre-bending track features an insanely catchy hook which is guaranteed to be ingrained in your mind after just one listen. “Nothing matters at all when I see you with your eyes on me I’m higher, higher, higher,” iann sings, delivering much needed feel good vibes.

The track is accompanied by a striking visual which was directed by the band. Shot in Jamaica, the visual sees iann take on the role of a castaway who is seen fending for himself on a deserted island. He is later rescued at sea by a party boat featuring Clean Bandit, plus music legend Shaggy!

‘Higher’ follows on from Clean Bandit’s latest single ‘Tick Tock’ featuring Mabel and 24kGoldn. With over a quarter of a billion global streams to date, ‘Tick Tock’ earned Clean Bandit their 10th UK Top 10 single last year. Along with Little Mix, they were the only British group to have a new release single in the Top 10 of the Official Singles Chart in 2020.

iann has also been enjoying chart success on both sides of the Atlantic. His 24kGoldn collaboration ‘Mood’ climbed the charts worldwide and became the pair’s first number one on Billboard’s Hot 100 Chart and the UK’s Official Charts.

Thanks to its infectious vibe, we’re expecting ‘Higher’ to be a huge hit for both parties so watch this space!