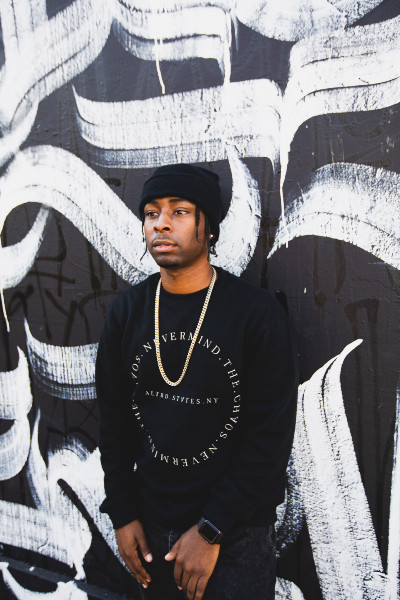 Speaking to the song, Cliff says, “‘Cha Cha’ was my first real attempt at expressing my love for the Latin sounds in the form of a song. It’s obviously a banger at the core, but it’s also a nod to my community where I was raised in Long Beach.”

Once he hit on the beat for “Cha Cha,” the lyrics and melody followed effortlessly inspired by the movie Selena and DJ Khaled’s music video for “Wild Thoughts.” The resulting sonic brew is the perfect summer jam for elevating your mood while in quarantine.

As Cliff explains, he wanted to create music people could “vibe to regardless of whether you’re already feelin’ good, or if you’re feelin’ down about life and the world.”

Cliff surged to fame with the release of his hit single, “Uber,” which collected more than 11 million streams around the world. Then he signed with The Orchard/Cleopatra in 2019, followed by dropping his debut EP, Lone Wolf.

With the advent of the pandemic, Cliff kicked it into overdrive with his #SavageSummer series, releasing his EP, Care Package, in May. Designed to encourage and bump up the spirits of fans in lockdown, the series revolved around four new tracks, as well as four music videos and, recently, three additional tracks: “Channel Surfing,” Metamorphasis,” and “Feels Good.”

“Cha Cha” opens on a low-slung Latin-flavored guitar, smooth and alluring, flowing into a potent trap rhythm topped by gleaming Latin savors, piquant and sensuous. A soft, glistening breakdown shifts the harmonic flow to tantalizing textures, and then returns to the infectious melody.

Let us know what you think of “Cha Cha” @CelebMix.