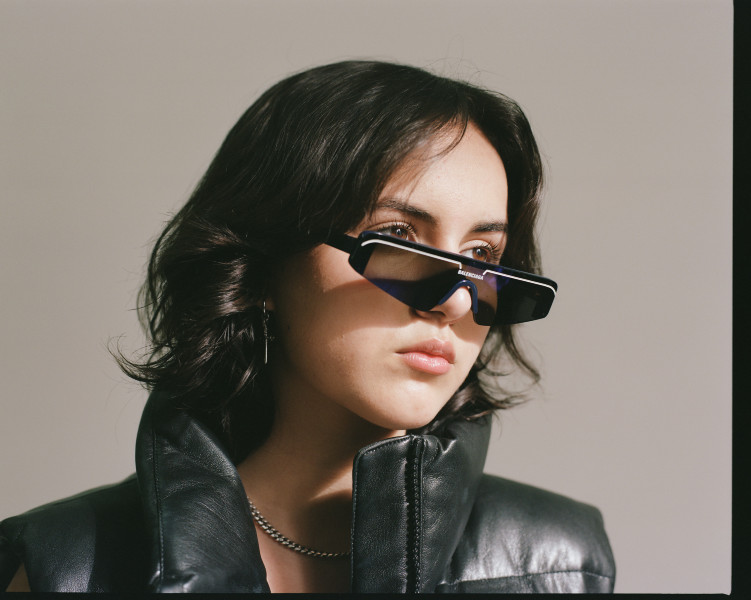 Deadbeat Girl explains, “The song is about being in a relationship with someone who doesn’t treat you well but letting them break you down because they are so ‘lovely’. The verses explore all the person’s wrongdoings in the relationship but then the pre-chorus shifts to ‘but she’s so lovely’ and convincing oneself that the person still loves you. The listener then moves to the chorus, where I wrote about letting that person destroy you because you are still infatuated with them. This song is easily my most vulnerable yet. In creating this song, I want people to feel seen and be able find comfort in vulnerability during times of hardship.”

The musical idée fixe of 19-year-old Valentina Olson, Deadbeat Girl began learning guitar, piano, and bass at the age of 13, followed by writing her own songs in 2020, followed by being accepted into the music program at NYU when she was 17.

Since then, Deadbeat Girl has been working on her debut EP and refining her live performances, including playing with girl in red. Deadbeat Girl does it all – writes, plays, and produces, as well as directing her photo and video shoots.

According to Deadbeat Girl, “This song is much different from the previous single that I put out, shifting from a more loud, empowering attitude to a more vulnerable heartache-y attitude. The last song makes you want to get up and go nuts listening to it while this song is definitely something to cry to.”

“But she’s so lovely / She loves me, yeah, she loves me / So, break me down / Throw me around / Let me hit the ground again / And when the sirens sound / Don’t turn around.”

Drenched in the heartbreaking voice of Deadbeat Girl, “She Loves Me” reveals the invisible scars of emotional heartlessness.