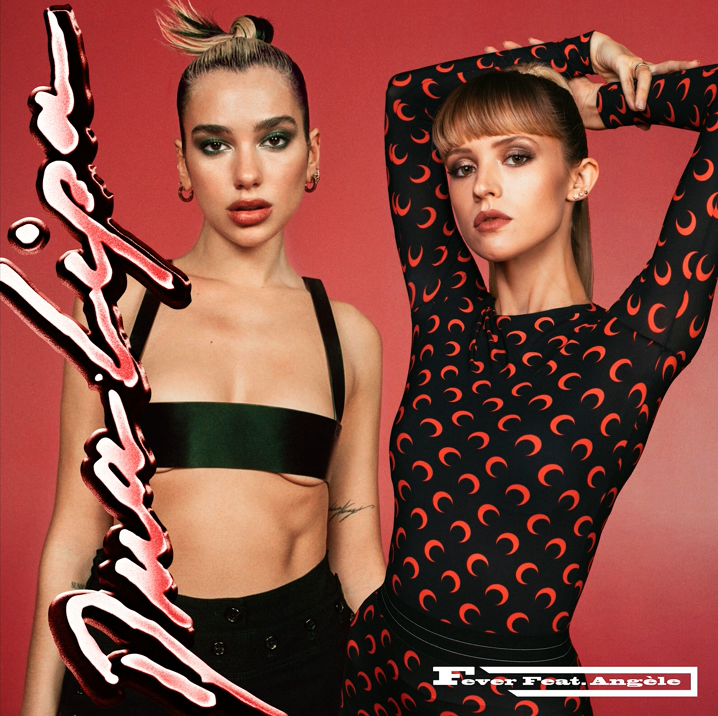 Dua Lipa and Angèle have shared the music video for their new single ‘Fever’.

The video sees Dua taking Belgian artist Angèle on an adventure around London after a night clubbing with the upbeat, seductive track providing the soundtrack to their never-ending night. An alluring vocal blend of Dua’s English vocals and Angèle’s French are complimented by a short, fun narrative section between the duo about Dua’s dog Dexter in which Dua learns the French word for neutered. We see them roaming the streets, making the city their playground and ending up at a house party causing even more chaos. They’re basically having the best, care-free night out and we can’t help but wish we were part of their duo!

Check out the video which was directed by Clément Durou and Pierre Dupaquier (We Are From LA) below:

Fans can expect to hear ‘Fever’ performed at Dua Lipa’s forthcoming livestream show Studio 2054 on 27th November 2020. The virtual show experience will see the singer-songwriter perform in a warehouse location across a variety of sets from raves to ballrooms to roller discos to TV shows. Joined by dancers, musicians, skaters, aerialists and acrobats; viewers can also expect appearances from surprise guests on during the special event.

There are four streams of Studio 2054 covering different territories and time zones, enabling fans worldwide to get involved in this special event. For further details and to purchase your tickets head HERE. You can also purchase special bundles to access pre-show behind the scenes footage and access to the official after show party with DJ sets and Dua in attendance.